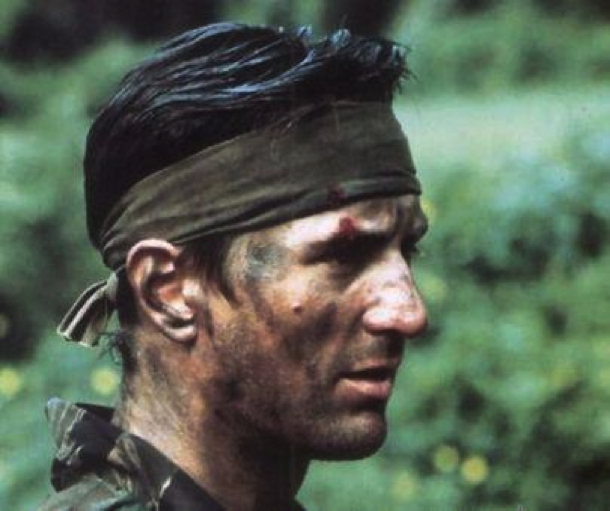 Michael Cimino only directed seven feature films, yet he can claim to have put a maximal impact on film history – even if not always for the right reasons. His third feature HEAVEN’S GATE (1980) bankrupted the production company United Artists, but he will be even more remembered for THE DEER HUNTER. Only his second film is nevertheless caused a world wide political storm – and garnered five “Oscars”, including “Best Director” and “Best Film” in 1979.

Whilst THE DEER HUNTER was premiered on 8.12.1978 in New York, the film had its international coming out at the Berlin Film Festival in February/March 1979. Even before the screening, the Soviet delegation protested about the film and wanted it withdrawn. After very mixed reviews, the Soviet delegation withdrew all their films and walked out, followed by Cuba and the rest of the East European countries, including the jury members Vera Chytilova (Czechoslovakia) and Pal Gabor (Hungary); a third, Julie Christie, left well before the end of the festival. (Ironically, nine years earlier, the festival was abandoned, after the Jury president, the American director George Stevens walked out in protest against the Anti-Vietnam war film “o.k.” by the West-German director Michael Verhoeven, shown in competition).

Seeing THE DEER HUNTER thirty-five years later after the great scandal (festival director Wolf Donner was pushed to resign), it surprises how quaint the first third of the production is: the scenes in the little Russian-orthodox enclave near Pittsburgh, with the steel mill and the church as centre points, are overly idyllic and the male protagonists acting out the rituals of arrested development, with the occasional casual violence against women thrown in. Frank Capra would have loved this version of small town America. But therefore, the shock of the bestial North-Vietnamese torturers in the middle part is far greater, as if the movie would have started with this segment. The chaos of the last war years is again shown out of the perspective of the American soldiers: victims to the end. Part three, back home, trying to put the broken lives together, seems to be more sober, until the very end, the rendering of “God Bless America” by the survivors (plus Meryl Streep’s Linda, the token woman of the narrative) shows patriotism as it worst.

Peter Biskind (“Vanity Fair”) wrote in 1978: “..that the political agenda of THE DEER HUNTER was something of a mystery. It may have been more a by-product of Hollywood myopia, the demands of the war-film genre, American parochialism and simple ignorance than it was the pre-meditated right-wing road map it seemed to many”. Pauline Kael argued: “The impression a viewer gets is that if we did some bad things there we did them ruthlessly but impersonally; the Vietcong were cruel and sadistic”. And John Simon in the “New York Magazine” summed it up for all: “This film is only an extension of the old Hollywood war movie lie. The enemy is still bestial and stupid, and no match for our purity and heroism; only we no longer wipe up the floor with him – rather, we litter it with his guts”. Today, after Iraq and Afghanistan, we might point to THE DEER HUNTER more with sadness than anger. AS