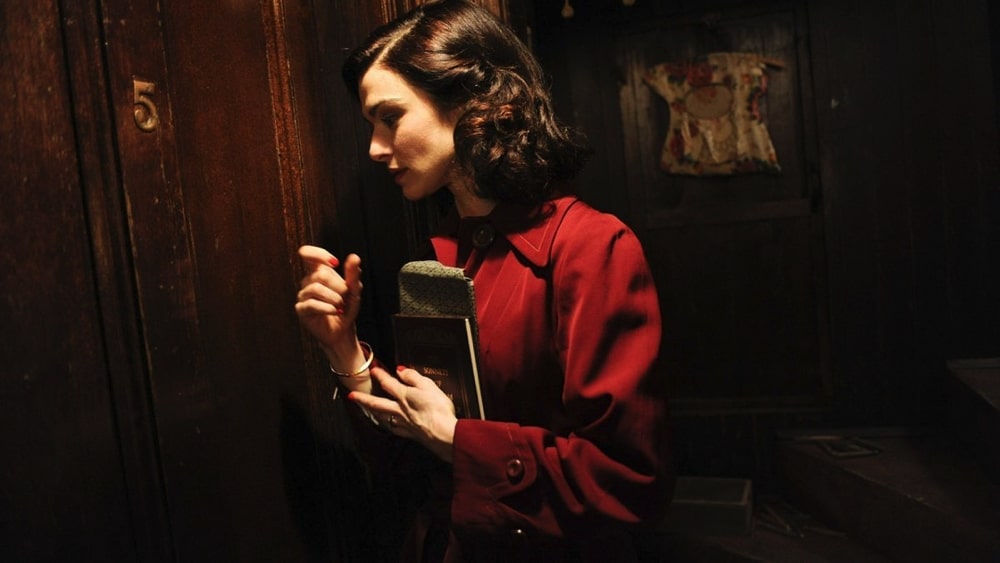 Terence Davies (now in his mid seventies) is not a prolific director, his ‘uncommercial’ style of filmmaking often lacks support on the financing front. But rather like John Schlesinger, he knows how to connect with his audience in a deeply affecting way largely due to clever casting and a feel for dramatic timing and editing, and his judicious choice of music.

Of Time and the City (2008) was a melancholy documentary about the sad decline of his hometown, Liverpool. There followed two literary adaptations of American novels set in different eras: John Kennedy Toole’s The Neon Bible and Edith Wharton’s The House of Mirth.

The Deep Blue Sea, is a rather good version of a play by Terence Rattigan, made after Davies went through a fallow period of nearly a decade during which he retreated into Shakespeare and his favourite composer Bruckner. The Browning Version and Separate Tables had already been done, so Davies approached The Deep Blue Sea with some trepidation after so long behind the camera. But luck was on his side on the casting front – Rachel Weisz accepted the project almost immediately and Tom Hiddleston knew just how to create the voice of the 1950s Battle of Britain hero in audition and became a perfect choice to play a rather bumptious young officer feeling at a loose end, like many soldiers after the end of the war. London had suffered devastation and a shortage of housing stock led to many people finding themselves in reduced circumstances in miserable rooms let by unsympathetic landladies. And this is where Lady Collyer (Rachel Weisz) fetches up having left her judge husband Sir William (Simon Russell Beale) for a torrid but doomed affair with the dashing young Freddi Page (Huddleston) .

Rather like Gillian Anderson’s fated young socialite in House of Mirth, Lady Hester Collyer is determined to shoot herself in the foot, claiming love as the reason. And we very soon appreciate her feelings of lust as a hungry woman in her forties falling for the charms of her blue-eyed toyboy but, very soon also realise it ain’t gonna work due to his callousness and puerile state of mind (which partly leads to her suicide attempt by the gas fire). In contrast her judge husband’s sense of decency almost feels appealing, although he readily admits to a lack of emotional intelligence despite his field of work being all about the assessing the human mind. He also has an acerbic and overbearing mother who has somehow emasculated him. Never good for a marriage.

The film is bookended by two minor love affairs: that of the stolid high court judge for his much younger wife, and the landlady’s love for her war-crippled husband (“you we’re always a dish”) she assures him lovingly in a back room. One of the best scenes involves her having a quiet chat with Hester in the hallway after this romantic sadness of her own emerges, and she quickly points out that love isn’t a question of heart-stopping lust but of “wiping their arse and moving on together with dignity” when the time comes.

Once again silence combined with stealthy camera movements creates a perfect meditative balance that opens in the dingy bedsit in a dilapidated stucco-fronted terrace and proceeds almost entirely in domestic surroundings. And although the loving scenes with Weisz and Huddleston are electric, somehow their tantrums feel tiresome. The real emotion lies in the other two scenarios which are spare and dignified. The films ends in the same way as the play, beside the fireplace. But this time the gas is lit – marking Hester’s resignation and acceptance of her future..MT

SCREENING AS PART OF A Terence Davies RETROSPECTIVE | VIENNALE 2021