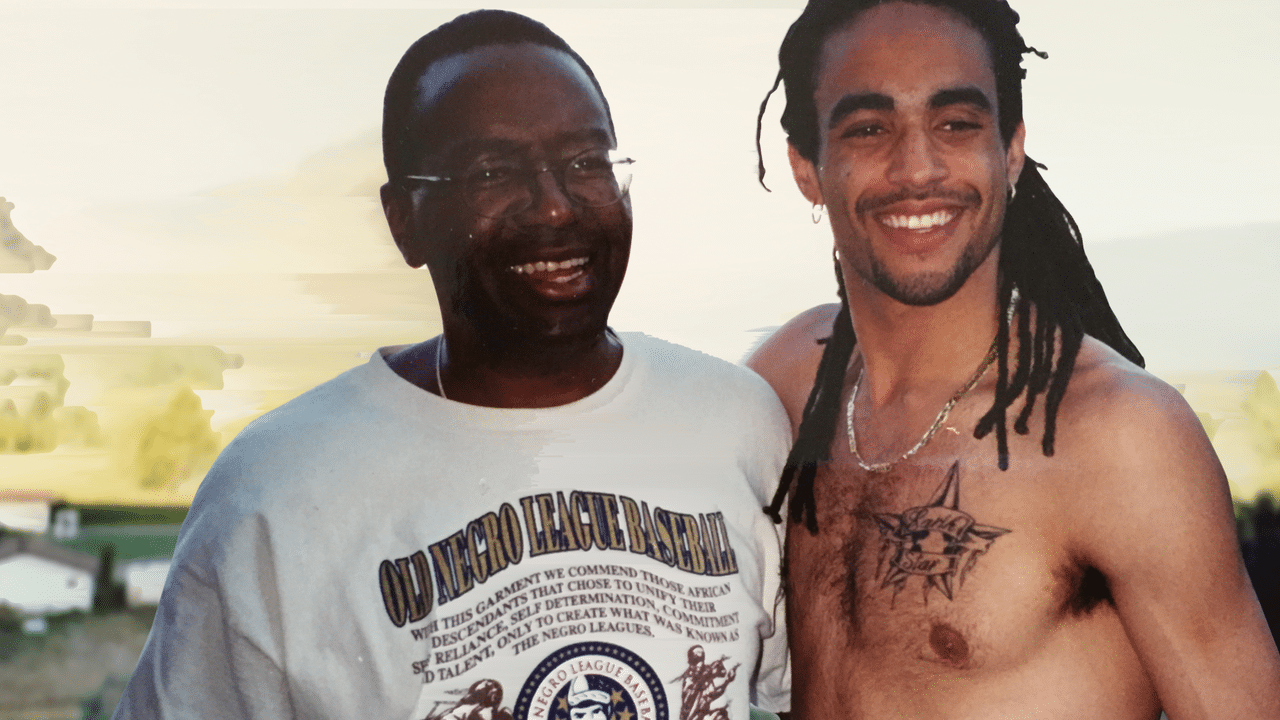 Finding the courage to look at photos and videos of a lost loved one is tough, even years after their death. It took Sol Guy decades to watch a batch of 20 VHS tapes his father William Richard Guy (1944-1998) had made, just after being diagnosed with terminal kidney cancer, when Sol was twenty. This labour of love and remembrance forms the subject of this mature feature debut that enabled the writer director to reach out and meet the extended family his father had founded.

William Richard was quiet a philanderer: he had five children with three women, compensating with his good looks for the bad cards fate dealt him by having to grow up in a segregated America. The KKK was still rampant in his youth, its members capturing Blacks and selling them to plantation owners in the South. Signs like “Waiting room for Coloured only, by order of the police.” were common; and demonstrators waved signs in favour of segregation: “We want a white School.” Housing was so poor, that rats simply came as standard with the accommodation.

Via Kansas City and Iowa, and a two-year stint in the army in Thailand, William ended up in Canada, working as DJ ‘Gigging Guy’. William’s partner Bobbie tells their son, “your father had girl-friends”. Eventually she had enough and moved in with Freye Parkhouse, an Englishman, would become Sol’s second father.

After Bobbie left, William went to Mexico where he met Lee Lee, another adoring white woman, before fathering his 5th child with “auntie” Jayda. William turned to social work which became his redemption, drink and drugs were out, caring for others made him a better person. For Sol, his father’s suffering was too much, he ran away not wanting to watch his deterioration. At William’s funeral, all his children met for the first time. Sol, like his father had a penchant for running away when the going got tough he left his own family in Germany, and travelled the world, before it occurred him that he was just repeated the same pattern as his dad. At the end of the feature, we see him and Bobbie caring for the dying man who by now had lost his ability to speak. On the 20th anniversary of William’s death, the family met again in Kansas City: for Sol a time to reconcile himself with his past, and re-connect with the family he once spurned

The feature was completed in the editing suite shown in the lively, handheld camera of DoP Rafe Scobey-Thal. Sometimes confusing it its timelines and points of view – both Sol and his father address their children, the difference being that the protagonists are one generation removed from each other. But Sol’s utter honesty is the redeeming feature here. Never resorting to the ‘race card’, Sol freely admits that  Black men often repeat the lives of their fathers’, leaving their women to bring up the kids. This way, Sol Guy creates a history of race and fatherhood in the USA, and a personal account of gender roles in the Black community. AS