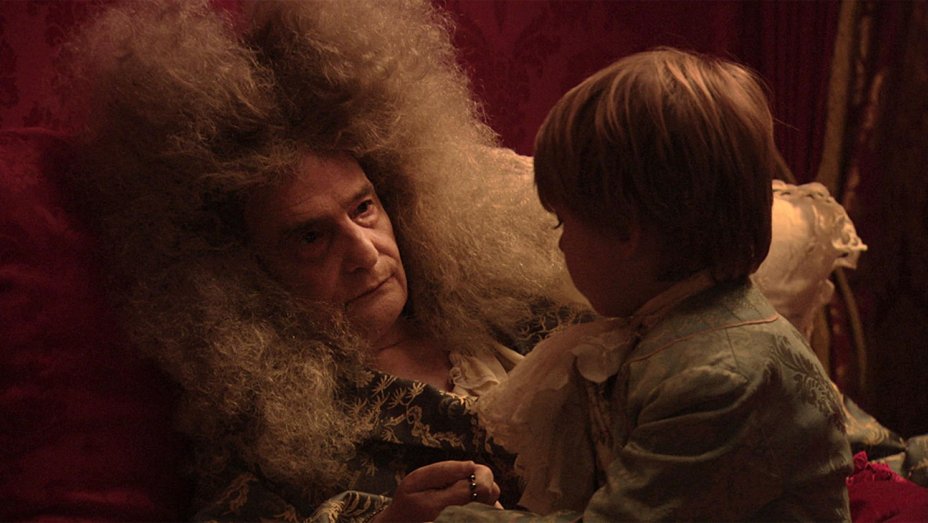 Dying very slowly is always going to be a painful affair, especially in the 18th Century. The lack of medical knowledge and the quackery of charlatan doctors, not to mention the absence of pain relief, clearly made the final hours of life unbearable even for the privileged Roi de Soleil (1638-1715).

French New Wave veteran Jean-Pierre Léaud gives a performance of subtle dignity as Louis XIV in Catalan director Albert Serra’s painterly and well-paced portrait that captivates and mesmerises for just under two hours, despite its length and almost entire confinement to the interior of the King’s rooms in Versailles.

Crafted in the same luminescence as his Locarno Golden Leopard Winner The Story of My Death that explored an encounter between Casanova and Dracula, Albert Serra this time casts professional actors instead of newcomers and the result is a drama that resonates and delights both visually and emotionally..

We first meet the Bourbon King taking in the mellow pleasures of late summer in the grounds of the palace of Versailles in a scene that oozes balmy fruitfulness in the gentle Autumn  breeze. Already suffering from gangrene in his leg he is confined to a creaky wheelchair that travels at a snail’s pace like the remainder of the film – and none the worse for it.

Retiring to his boudoir after a brief glimpse of court where he flourishes a feathered hat at the ladies in recognition of their invitation to a soirée – which he declines – clearly proves he is  much loved and admired amongst his female côtérie. Although the rest of the film takes place in the confines of his bed chamber it never once feels claustrophobic or unpleasant despite the sight of his gangrenous leg and his numerous attempts to imbibe his favourite ‘Vin d’Alicante’ and biscotti. Louis cuts a fragile but endearing and rather kindly figure, if a little cantankerous late at night when he demands water – but only to be served in his crystal glass – and one who commands respect and even sympathy in final hours of suffering.

Serra manages to evoke the majesty of his legendary opulence with just a few props and trinkets obviating the need for a large budget and or a vast cast and crew. But there is still no doubt as to the power Louis commands from his court and personal advisers who are seen clapping when the king does manage to down the odd grape or two after several weeks of illness, that seem to indicate a reprise especially when he orders a ‘chicken chaud froid’ shortly before slipping away.

Louis continues to reign from the comfort of his lacy underpinnings with the assistance of his physician, Fagon (Patrick D’Assumcao), and priest Le Tellier (Jacques Henric), who crowd around his bed. Clearly they compete for the King’s praise and like many great men he exerts power over them with his waning authority still sparking imperiousness with moments of touching vulnerability as he struggles to maintain control.

Sumptuously mounted and richly textured this is a film to savour and enjoy, and its finest moment is undoubtedly when a magnificent Mozart mass plays on the soundtrack as Louis listens in all his finery. Long live the King!. MT .

NOW OUT ON Bluray