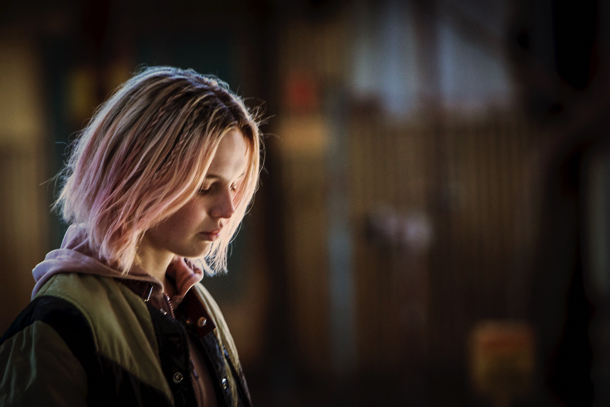 Established Australian actor and theatre director Simon Stone has assembled a talented cast for his directorial debut based on Ibsen’s play The Wild Duck but his cliche-ridden script derails this predicable family drama.

In a small logging town in Australia, the feudal reign of Henry Neilson (Rush) is drawing to an end with the sale of his timber company, the mainstay of the community for many years. Apart from offering employment, Neilson s to have cut a swathe through the womenfolk of the small town and has even traded up his wife for a younger ‘model’ in Anna (Torv). Their upcoming nuptials coincide with mass redundancies hitting the local work force and their families. Neilson’s son Christian (Schneider), is also a nasty piece of work who returns reluctantly from the USA to join the celebrations but can’t forgive his father for his mother’s suicide. Blue colour worker Oliver Finch is disgruntled by rumours that Neilson also bedded his wife Charlotte, another long term employee, and possibly even sired their daughter Hedvig, a rumour shamelessly spread by the spiteful Christian.

Geoffrey Rush and Sam Neil carry the film with with their usual sterling efforts but the problem here is a lack of inventiveness and style in a narrative that leaves nothing to the imagination: all is revealed by wise old Grandfather Walter. DOP Andrew Commis’ images are bland, one-to-one naturalism underlining the anaemic impact of the film. And Mark Bradshaw’s score fails to lift this mundane drama out of the outback. AS