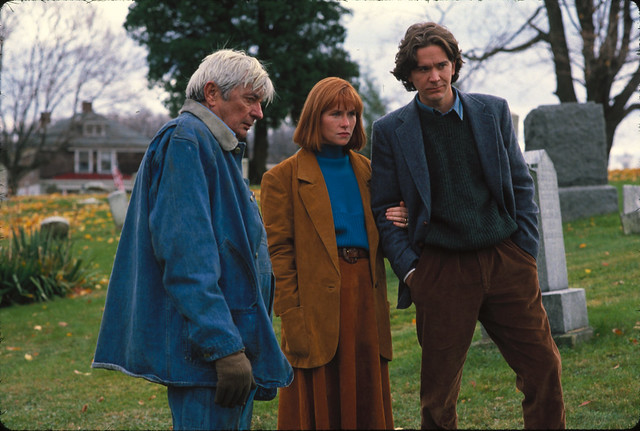 George A. Romero (Night of the Living Dead) adapts his intelligent chiller from the bestselling novel by Stephen King, who wrote the novel as a nod to his own literary pseudonym, Richard Bachman. It stars Timonthy Hutton as small town tutor author and horror writer Thad Beaumont who kills off his own literary doppelgänger as a publicity stunt to distance himself from the killings in his own novels and from George Stark, the pseudonymous name he has used to author them. But things don’t go according to plan. And when people around him start dropping dead in macabre scenarios – and his own fingerprints appear at the crime scenes – Beaumont is bewildered until he learns that Stark is back with a vengeance.

The Dark Half is now on Blu-ray