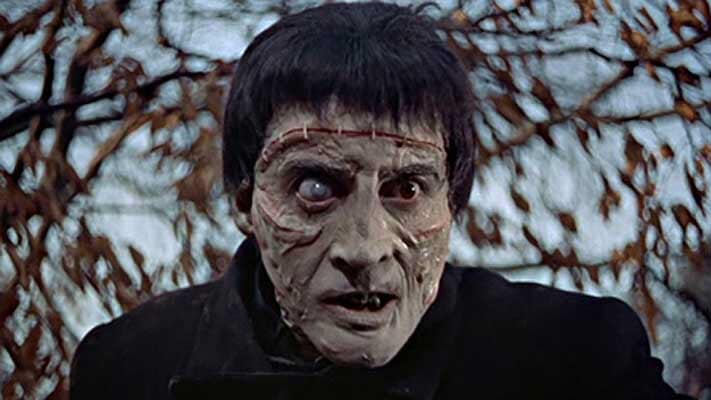 Terence Fisher’s first major gothic horror outing sees Baron Victor Frankenstein telling the story of a creature he built and brought to life – only for it to behave not as he intended.

Much of the gruesomeness is described rather than seen (as in the line “Eyes is generally the first to go”), while Cushing in his debut as Frankenstein played him as an impetuous young rake nonchalantly wiping blood off on his lapels after removing a head and seen asking “Pass the marmalade…” immediately following a particularly gruesome scene. The words in this film “I don’t think we should continue with this Victor” were ironic in light of what was to come over the next few years.

In addition to putting colour within reach of auteurs like Resnais and Chabrol, the development of Eastmancolour (sic) also transformed the horror genre, with results in The Curse of Frankenstein that were described by the late Richard Mallett as “strangely picturesque”; Frankenstein’s laboratory being as liberally sprinkled with brightly coloured props as the screen was splattered with blood. @RichardChatten