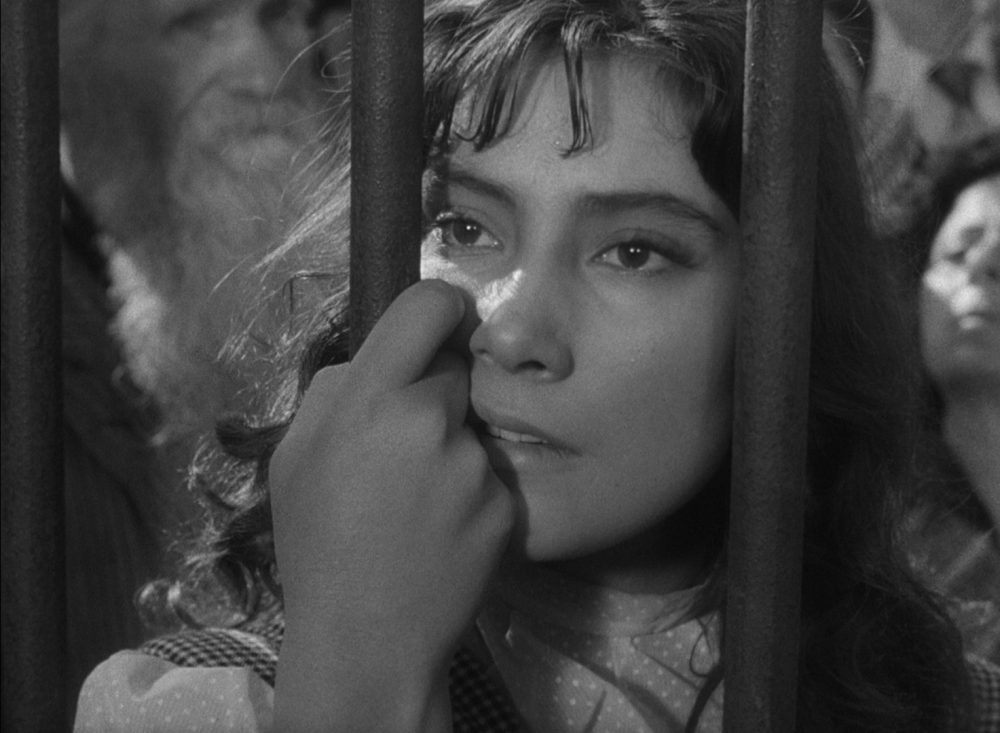 Mikhail Kalatosov (1903-1973) led Soviet cinema back to the lyricism of Pudovkin and Eisenstein, and broke with the hollow realism and personality cult of the Stalin era. The director owes much to the collaboration of DoP Sergei Urussevsky and editor Marya Timofeyeva – even though the actress Tatjana Samoylava, in the centre role of Veronika, got most of the attention at Cannes Film Festival in 1958, where The Cranes won the Palme D’Or and Samoylava Best Actress.

Boris (Batalov) and Veronika are a happy couple when Germany invades the Soviet Union in June 1941. Boris immediately joins the Red Army, to defend the Motherland, but is soon killed at the front. Veronika is unnaware of his death, and after her parents are killed in an air raid, she moves in with her uncle Fyodor (Merkuryev), a surgeon, and his cousin Mark (Shvorin), a pianist, who rapes Veronica during an air raid, and she is forced to marry him. When Fyodor discovers that Mark has bribed the authorities to avoid being drafted, he throws him out of the house. Veronica wants to commit suicide, but is saved at the last moment, when she spots an abandoned child, needing her help. Only at the end of the war does she accept that Boris is dead, giving the flowers she brought him to the returning soldiers.

Kalatosov (I am Cuba, The Red Tent) breaks many taboos of the Stalin period – where it was unconscionable to admit that citizens bribed officials in order to avoid conscription. Rape, even in this very nuanced form, had never been shown before. And a heroine, who even seriously contemplated suicide  – never mind being a second away from it – had no place in a cinema throttled to death by censorship.

Urussevsky’s often handheld camera is extremely mobile, and his moody black-and-white images glow in depicting a private and public world in chaos. Samoylava’s heartfelt acting is never sentimental and Kalatosov helps the re-birth of Soviet cinema by going back to the masters of the first hour after the revolution. Without any exaggeration, one can say that this feature deservedly buried Stalinist film culture in the muckheap of history.