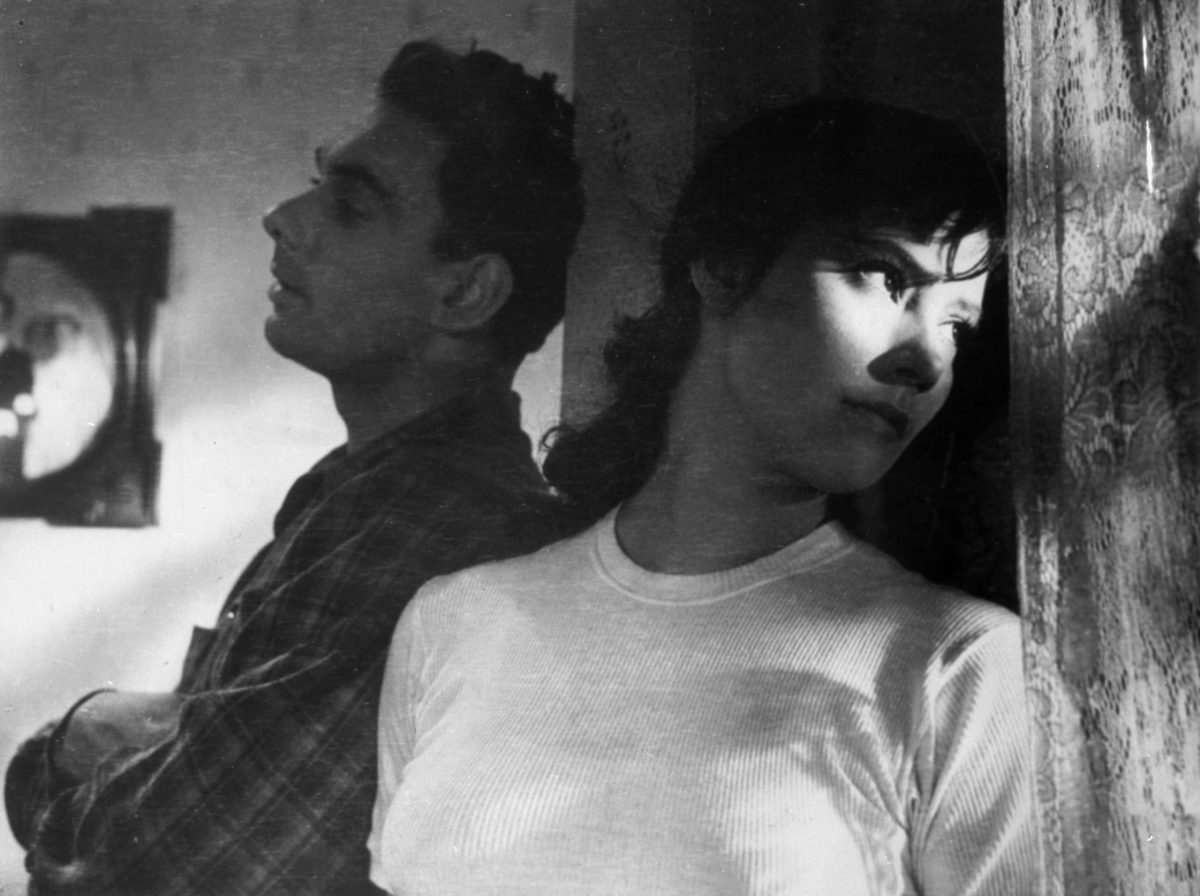 THE CRANES ARE FLYING portrays a dark time with such playful elegance and grace. Its everlasting themes of love, war, and courageous sacrifice run through a story of longing that turns on the simple premise of a letter not read. This was to become the same plot device in Katatozov’s Letter Never Sent that followed in 1960.

Mikhail Kalatosov (1903-1973) led Soviet cinema back to the lyricism of Pudovkin and Eisenstein, and away from the hollow realism and personality cult of the Stalin era in a drama that used a purely cinematic idiom that accentuated graceful visual composition. The director owes much to the collaboration of DoP Sergei Urussevsky and editor Marya Timofeyeva – even though the stunningly beautiful actress Tatjana Samoylava in the centre role of Veronika got most of the attention at the Cannes Film Festival in 1958, where The Cranes won the Golden Palme and Samoylava Best Actress.

Boris (Batalov) and Veronika are deliriously in love at the outset of the German invasion of the Soviet Union in June 1941. Boris secretly joins the Red Army, to defend the Motherland, but is soon declared missing at the front. Veronika does not learn of the news until after her parents are killed in an air raid, when she moves in with her Boris’s father Fyodor (Merkuryev), a surgeon and his brother Mark (Shvorin). Mark declares his love for Veronica, and the shock of her loss sees agreeing to marry Mark after he rapes her during a bomb blast. As the windows shatter in on the couple, Tatiana walks through the broken glass, the scene morphing into the mud-drenched battlefield where we witness Boris’ demise, his final moments cascades down a staircase with Tatiana dressed in white for their wedding day. When Fyodor learns that Mark has bribed the authorities to avoid being drafted, he throws him out of the house. Veronica’s happiness turns to misery, but Samoylova’s face remains as ravishingly beautiful in anguish as in pleasure. Saving a child from the wheels of a military vehicle she devotes herself to his care moment, but never gives up on Boris when she is finally given the letter hidden in the toy squirrel that Boris’ left for her before his departure. Only at the end of the war does she finally accept that Boris is dead, giving the flowers she brought for him, to the returning soldiers.

Kalatosov (I am Cuba, Letter Never SenT) breaks many taboos of the Stalin period – where it was unthinkable to admit that citizens bribed officials so that they could avoid going to the front. Rape, even in this poetic form, was never shown before. And a heroine, who even seriously thought of suicide  – never mind being a second away from it – had no place in a cinema throttled to death by censorship.

Urussevsky’s often handheld camera is extremely mobile, and his moody black-and-white images depicting a private and public world in chaos are unforgettable. Dialogue is spare but speaks volumes. Samoylava’s heartfelt acting is never sentimental, and Kalatosov helps the re-birth of Soviet cinema with glorious scenes depicting the first hour after the revolution. Without any exaggeration, The Cranes  deservedly buried Stalinist film culture on the muckheap of history, where it belongs. AS/MT