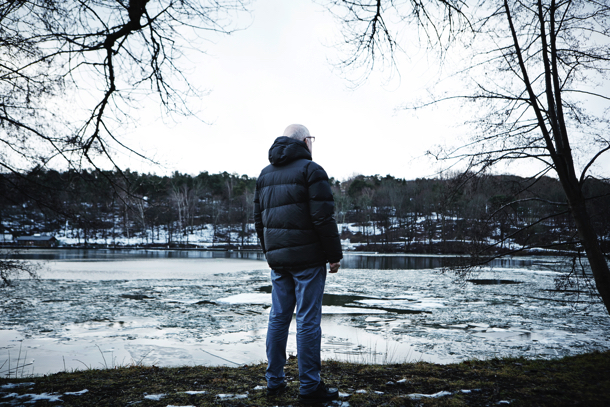 The Confessions of Thomas Quick (2015)

Brian Hill’s documentary/reconstruction is the sad tale of Sture Bergwall, a lonely drug addict who found himself in the hands of well-meaning psychiatrists and then fell foul of the police and justice system in Sweden. Under the influence of drugs, Bergwall confessed unwillingly to 30 unsolved murders, just to keep everyone happy and end his loneliness.

Structuring the film in a similar vein to The Imposter, Hill uses reconstructed scenes with real actors, whilst keeping talking head interviews to a minimum. Whilst some of the “acting scenes” are slightly over-graphic, this does not minimise the overall effect of an informative and affecting piece of filmmaking.

Born in 1950 in Falun Sweden, Bergwall had six siblings, his mother tried as much as possible to give the family a home, but the father was a depressed, strict man. One of Bergwall’s poem from 1965 ends in the lines “I will kill you/you kill me”. After discovering that he was homosexual, he started to take drugs to numb his loneliness and alienation. Aged 23, he stabbed a man 12 times, and was taken into psychiatric care, but later released. Having staid mostly drug-free in the 1980s Uppsala, he started taking drugs again, and in 1991 he and an accomplice held the wife and son of a bank manager hostage, in order for the husband to ‘rob’ his own bank. Clad in Santa Claus costumes, the pair were caught, and Bergwall was committed to the psychiatric hospital in Säter, where he would stay for the next 23 years.

The hospital in Säter emerges as a very progressive place, where staff believed that patients would, under medication, reveal childhood abuse, and therefore would find a reason for their own violence, as well as a motive not re-offend. Between 1991 and 1995 Bergwall, now calling himself Thomas Quick, was in therapy, ‘reliving’ first gruesome family tales, like being raped by his father, and then having to eat his just born baby brother Simon. During these years he was under the influence of Benzodiazepine, a strong drug with hypnotic side-effects. He soon started to confess of having committed over thirty, gruesome murders, starting with the notorious case of Johan Asplund, a boy who vanished in 1980. Later Bergwall was convicted of murder in eight cases. But thanks to the journalist Hannes Rastam an investigation brings a remarkable outcome to this unsettling sortie into the Justice and Medical system in Sweden which offers a sad reflection on society as a whole. Needless to say, neither the psychiatrists, the investigating police or the judges involved wanted to appear in Hill’s documentary. AS

ON GENERAL RELEASE FROM AUGUST 14TH 2015