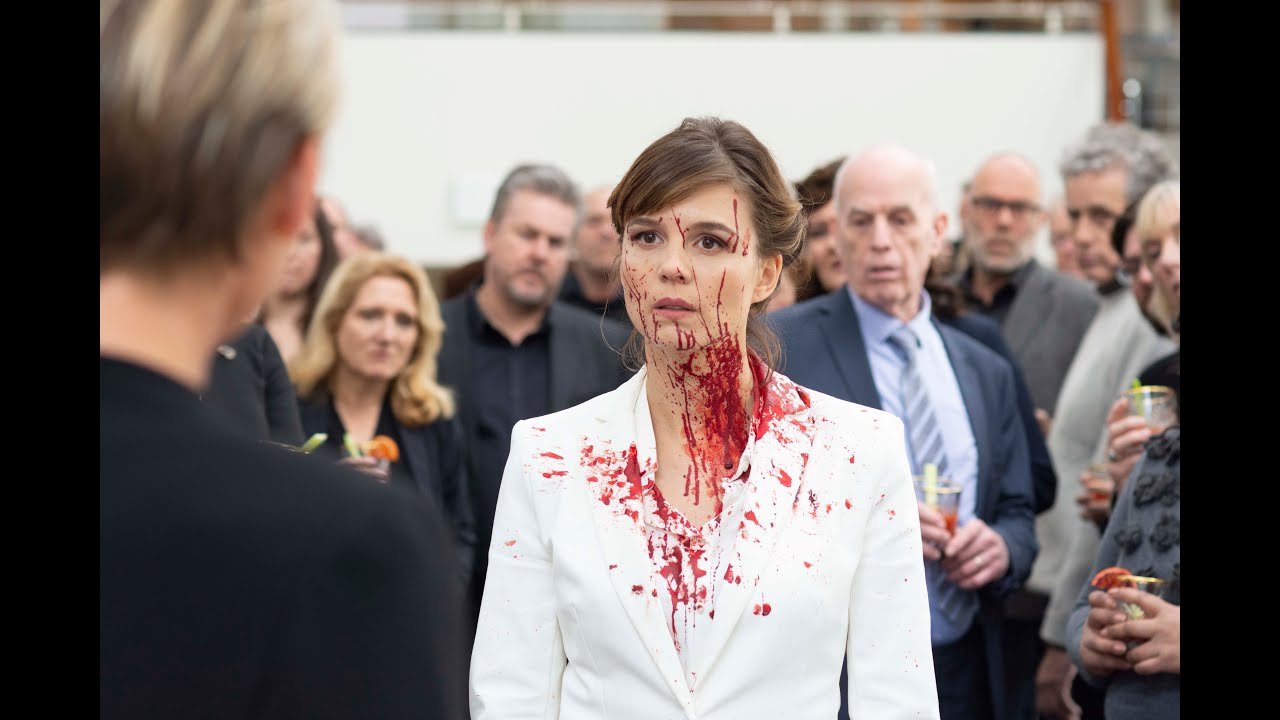 A writer gets her own back in this provocative ‘woman-sees-red’ dramady that is funny up to a point, going for the jugular in an all out revenge movie that may give some viewers the wrong idea.

In his first big screen feature TV director Ivan van Art cleverly opts for a topical theme that kills two birds with one stone: trolling and female empowerment. The woman in question is journalist and author Femke Boot (Herbers) who is in the firing line from both her editors and readers. A typical day will include sordid e-mails from the public, and readers of the popular rag The Volksrant (a Dutch Daily Mail) calling for her resignation on the grounds of ‘paedophilia’ – she once dated a sixteen-year-old boy three year’s her junior, back in the day. To make matters worse her latest book is in the doldrums becalmed by writing block and a looming deadline.

So Femke strikes back with some online research, and it soon turns out one of the trolls is a neighbour. At this point spoilers are inevitable  – Femke pushes him off the roof, and symbolically, severs his middle-finger. Surprisingly she then falls for the laid back Steven Dood (van der Kelen), who runs a popular cookery website, and moves in with Femke (funny how men are always looking for somewhere to live) and her daughter Anna (Porro) and soon, writing side by side, creative juices finally begin to flow.

Strangely though, and this is a questionable plot point – Dood’s positive influence makes no impact on Femke’s state of mind. Her bloodlust powers on, hardbitten by Megxit-style revenge – her next victim is Anna’s teacher who censures a poster penned by the students.

At this point the narrative spins into overdrive with a ludicrous killing spree that seemingly knows no end. DoP Marttijn Cousijn handles the ultra-realism with imagination as the film – scripted by Daan Windhorst – tracks Femke’s decent into darkness. Arbers feels very real as a woman pushed over the top, Porro is also convincing as the apple falling not too far from the tree. There is a surprise ending as the The Columnist endlessly peddles itself as full-throttle entertainment, but you can’t help feeling there’s a subtext here, and it’s not just about the serious conflicts arising from internet trolling. AS