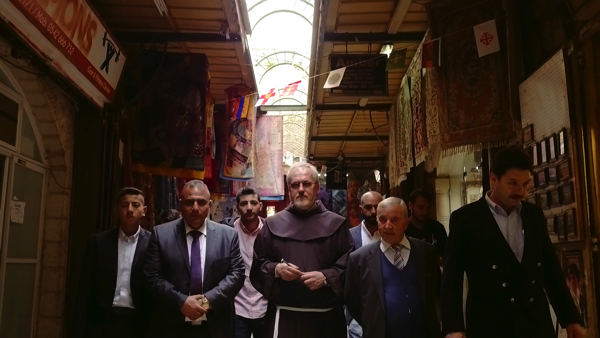 The Church of the Holy Sepulchre in Jerusalem is more than a place a worship for many Christians, it is also a spiritual and physical home according to this wry new documentary from Israeli provocateur Anat Tel (Mom, Dad, I’m Muslim). 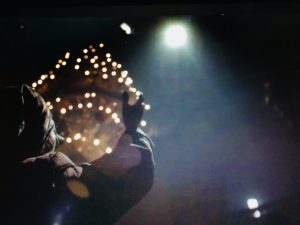 Concise and pithy, this colourful film is narrated on camera by Samuel Aghoyan, the Superior of the Armenian Church, who takes us through a potted history of his own arrival as a child in the Holy City, and gives a sardonic take on the internecine tiffs that add spice to the daily life of this legendary ecclesiastical HQ sitting proudly in the Christian Quarter of the Old City of Jerusalem.

Today the Church also serves as the main office of the Greek Orthodox Patriarch of Jerusalem, while control of the place itself is shared among various Christian denominations and secular entities in complicated arrangements essentially unchanged for over 160 years, and some for much longer. The main denominations partaking in the property are the Roman Catholics, Greek Orthodoxy and Armenian Apostolics, and to a lesser degree the Coptic Orthodoxy, Syriac Orthodoxy and Ethiopian Orthodoxy, who have actually been given the bum’s rush, and are now relegating to the roof. 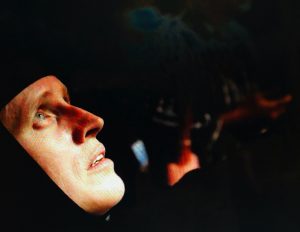 According to traditions, dating back to at least the fourth century, the building houses the two holiest sites in Christianity: the site where Jesus was crucified, at a place known as Calvary or Golgotha, and Jesus’s empty tomb, where he was buried and resurrected. The tomb is enclosed by a 19th-century shrine called the Aedicula. According to the history books, Jerusalem has had a chequered and controversial religious past. But eventually 260 years ago, the English were back in town and set up ‘The Status Quo’, an understanding between religious communities that must be respected across the board.

The upshot of this agreement is that each of the six denominations has a two-hour slot in which to conduct their services, leaving the poor Ethiopians to do their stuff on the roof. The iron key to the site is held by two Muslim families, who argue the toss about who is the real custodian: each day a smiling, besuited Muslim makes it his duty to open the doors, and as soon as he does, the onslaught begins, as worshippers are seen fighting their way towards the entrance. Meanwhile, Jonny, an Arab Christian policeman, is responsible for making sure things go according to plan. Enriched by vibrant camerawork, this is a lively and lyrical look at the latest modus Vivendi in this ancient monument to Christianity. MT