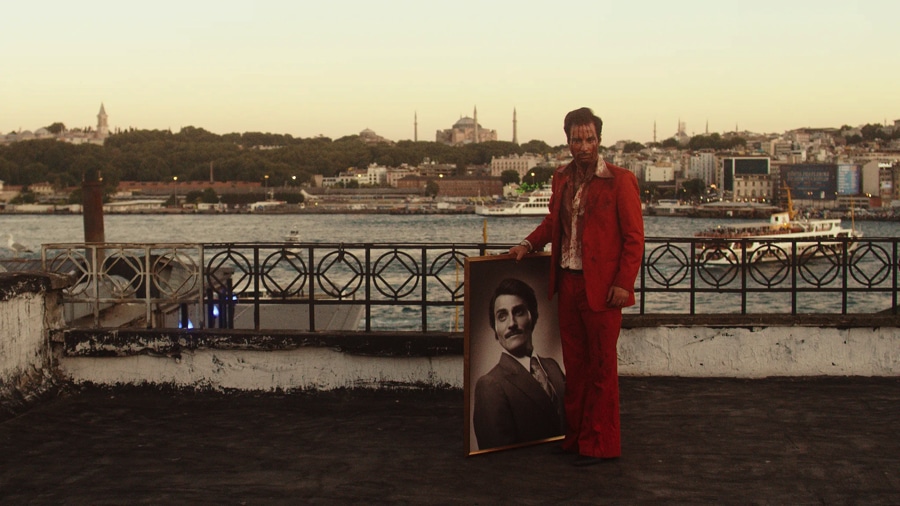 This first feature by Turkish writer/director Baris Sarhan is an inventive spoof, combining ‘old’ footage of classic Turkish B-pictures with a Kafkaesque setting in a modern shopping mall. Charisma alone is not enough on to justify the film’s generous running time, and so much of the playful impact is lost as The Cemil Show strains to entertain for nearly two hours on a wafer thin story.

So the plot is simple: Cemil (Celik) is a security guard in a maze-like mall where he holds down his mundane day job desperate to be an actor. When one his favourite films is due for a re-make, Cemil throws himself into rehearsing the role of his hero, the monster villain Turgay Göral from the original outing. Full of hope he then heads off for an audition, but leaves empty-handed, disillusioned and angry.

There is a silver lining when Cemil discovers Göral (Kökek) is still alive, although very much down on his luck. He then discovers his hero’s daughter Burcu (Cavadzade) is working in the same mall, and has set her heart on Zaher (Yücesoy), the draconian staff manager. A bittersweet but rather weak ending sees Cemil watching old films with his hero Göral (Alemdar), the monstrous villain in all his films.

All said and done, The Cemil Show is a charming romp with its stylish retro B-picture extracts. DoP Soykut Turan gets a chance to show off a variety of skills, his grainy black-and-white images contrasting impressively with the more baroque colour sequences of the parallel action. Sarhan is a talented newcomer who would excels with a more disciplined approach to his filmmaking. AS