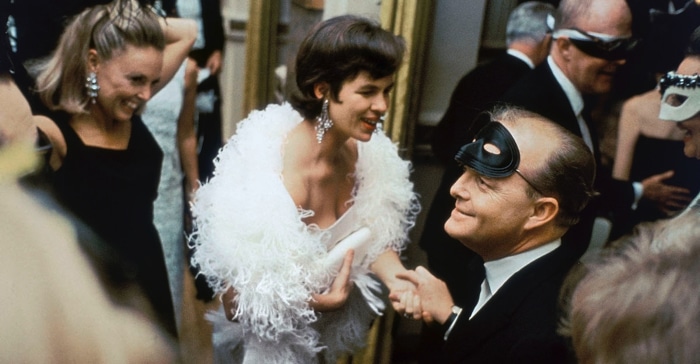 “A society that is the sum of its vanity and greed is not a society at all: it’s a state of war” (Mark Twain), and this is the society of Truman – Lewis Lapham

Cinematic catnip for all voyeurs, this new documentary about Truman Capote plays out like a thrilling cocktail party.

A first film Ebs Burnough – who once served as social secretary to Michelle Obama – the broad-brush biopic chronicles Capote’s life and times with his novels forming the background to a glittering social scene that was his lifeblood, and in the end his downfall.

Burnough focuses on interviews conducted by George Plimpton, the most intimate and revealing coming from his ‘protege’ Kate Harrington (the daughter of his “manager” – and lover, as she later discovered), who later moved in with the Manhattan-based author describing him as “calm and nurturing”. He taught her the requisite social graces for operating in New York Society (“you can be a big deal in Boise, Idaho, but the only place that matters is New York”).

Harrington (a costumer designer on The Thomas Crown Affair) describes how the author rose early to write for three hours before embarking on gossip-fuelled rendezvous. There are pithy commentaries from literary luminaries Jay McInerney, Lewis Lapham and Dotson Radar and the late John Richardson (Picasso’s biographer), along with chat show host Dick Cavett (all looking smooth-faced and soigné) who wittily chart Truman’s progress from society darling and ‘court jester’ to social pariah whose writing eventually suffered from his inadvisable over-sharing of gossip, and substance abuse.

Many claim that his obsession with convicted killer Perry (In Cold Blood) was the source of his downfall, but Burnough persuades us that the grandes dames of NY eventually put the boot in to the diminutive blond writer with an extraordinary vocal delivery. In fact, Harrington describes his speech as so bizarre on first meeting him (as a teenager) that she was forced to run from the room for fear of laughing in his face. And the self-deprecating Truman was fully aware that he came across as “a freak”, proclaiming that people only laughed in his company out of sheer horror at his strange voice. It soon emerges that Truman thought little of the socialites in his midst, and harboured resentment over they way he was apparently treated as a “servant” (according to Lapham). These rumours partly led to the suicide of his mother Nina Faulk Capote (1905-54), despite the fact she herself had tried to terminate her prenancy (ref: Capote: A Biography/Gerald Clarke) eventually bringing him up in Monroeville, Alabama where Truman grew close to his childhood friend Harper Lee (To Kill a Mockingbird).

But on a lighter note, this fizzing cocktail of a film is not meant to be the definitive Capote biopic but serves as an endlessly amusing tonic in these days of the ‘doom documentary’, adding frothy context to Truman’s literary works capturing the zeitgeist of the era in which they were penned.

The Capote Tapes is further enlivened by archive clips featuring Norman Mailer and Truman’s ‘best friend’ the socialite Barbara”Babe” Cushing Paley (whose husband William founded CBS Records) and there are quotes from his various novels, ‘Other Voices, Other Rooms’ (1948); ‘Breakfast in Tiffany’s’ (1958); his ‘non-fiction’ effort ‘In Cold Blood’ (1965) which gets the lion’s share of Burnough’s attention on the book front, which was considered pivotal to Truman’s emotional unravelling, along with the repercussions of published excerpts from the author’s unfinished work ‘Answered Prayers’ (published posthumously in 1987 in the US) which was substantially delayed by the infamous Black and White Ball of 1966 – more later – and also purportedly led to his downfall.

The film them flips back to detail the Truman’s assignment with the New Yorker hat would take him away from the rigours of keeping up with the ‘NY Joneses’ to spend six months in Kansas covering the murder case that would form the basis for his ‘non-fiction’ classic ‘In Cold Blood’. On the downside, it also led to his fascination with Perry making it difficult to maintain distance from his source material (an aspect that really jumps out in Douglas McGrath’s 2006 screen adaptation of the novel Infamous .

Burnough culminates his expose by fleshing out the events surrounding the divisive 1966 ball that Truman threw at the Plaza Hotel, publishing a list of those invited in the papers (so that no-one could pretend to have been invited that wasn’t). The gossip columns shared salacious secrets the socialites has shared with Truman  – Babe Paley never spoke to him again, much to his chagrin. So the exclusive party that was in part intended to provide source material for a book backfired on its precipitating the end of his writing career, . Jay McInerney comments, quite harshly, that from then on Truman became more a ‘talk-show celebrity’ than a committed author, and was assigned to a life of ‘drugs and disco hopping’ rather than consorting with New York’s beau mode. A rather poignant film but certainly one of the most fascinating you’ll see this year. MT

The Capote Tapes will be available at www.altitude.film and on all digital platforms across the UK and Ireland from 29 January.