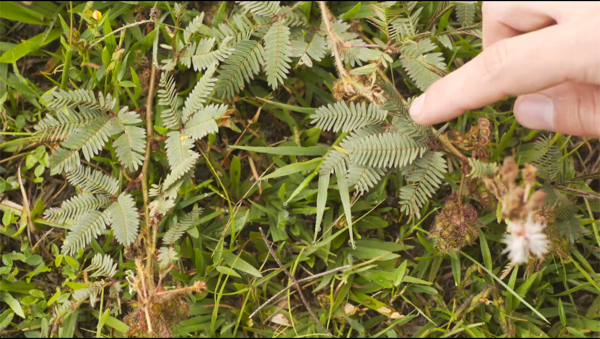 Colombian filmmaker Mercedes Gaviria Jaramillo confronts her childhood and her famous filmmaker father, Victor, in her documentary debut which she scripted, filmed and co-edited.

Mercedes worked as her father’s assistance during the shooting of his final film La Mujer del Animal (The wife of the Animal). Gaviria senior is the only Columbian director whose films have been shown at Cannes Film Festival.

Mercedes Gaviria Jaramillo always wanted to get out of the shadow of her famous father: in spite the pleas of her mother, she studied film at Buenos Aires, and worked there after graduation as sound designer. But the pull of the family proved too strong, when she agreed to assist her father in his latest feature La mujer de Animal (2016). On her return to her home, she finds that her mother Marcela, an anthropologist, has left her room untouched, which comforts Mercedes. The Calm is actually two films in one: there are the sequences of shooting La mujer, and the home videos her father shot of her, her brother Matias and mother Marcela. And then there is the diary of her mother, for her yet unborn daughter. “It sounds, like I was her only confidant”. Victor is known for his realism, and using non-professional actors. The story of La mujer is of Marguerita, who lives in the neighbourhood, but does not want to give an interview to Mercedes: Marguerita, who had been kidnapped and raped by “the animal’ at eightenn, is fearful, that the actor, who portraits her tormentor, might bring back the bad spirit of him, even though he died long ago. Marguerita’s role is taken by Natalia Polo, a nursing assistant, who gives up her job, to concentrate on filming. Tito, a bus driver will feature as the villain. It is obvious, that Mercedes is horrified of the rape scene between the main protagonists, whilst her father is directing with calm, taking about the size of the lenses he will use in the next shot. Natalia is often found crying, and Victor sends her away from the set. Mercedes: “Marguerita’s suffering rekindles in every woman’s body”. It rains during the first six days of shooting, and cast and crew get ill – apart from Victor. Next is another violent scene, a sex orgy, where sex workers are brutally raped and beaten. Victor uses real sex workers from Berrio Park, and the lads are from the tough neighbourhood. Mercedes has to close her eyes, but keeps listening. When Mercedes is alone with her mother, she wants to ask her about the diary. “I want her to take my fear away, talking to her. But she only asks, if the catering at the set is ok. I just answer it – to calm her”. In an old home video, we watch Mercedes, called Mechi, being bullied by her father into writing a story for school. Mechi refused, telling him, that a scorpion has bitten her. From her mother’s diary: “Only twenty days left until your birth. You are going to have a very special dad. Even if we have our problems, as you will find out soon. He is very sensitive, always meeting lots of people when he is not with us, because other people need him too. I hope you are optimistic, I was not. You give me strength  to keep on fighting for our love. I loved your father too much, I am always afraid of losing him, you can’t live like this”.  The principal photography for La mujer is over, and Victor discusses with his daughter, that he was well aware of the fact, that the cast used Clonazepam with alcohol, to get over the trauma of acting. “The mixture is so strong, you don’t remember the next day what you have done at all”. From the home videos we learn, that the Tooth Fairy is called ‘Perez the Mouse’ in Columbia – but young Mercedes is not fooled: “Its not true, its Mom and Dad who give me the presents.”. Merceds tries in vain to talk with her mother about the diary. “What would she say to me? That living with a man is not easy. But life must go on”. Thinking back to the shoot and her father: “He finds it easier to direct violent scenes, than to direct Natalia.” Her brother Matias, Mercedes films an ugly spat between macho father and son, is generally not fond of being filmed: “Life has to be lived, before its being filmed”. And a last thoughts about the rape scene:” The contradiction of filming a rape scene being the privileged gender. And a film set full of men. Yes, talk about gender violence in a country suffering from a war.”

Never didactic, the director tries always to keep distance, but it is not easy to keep the distance with your family. A calm, but moving reflexion on gender and filmmaking. AS