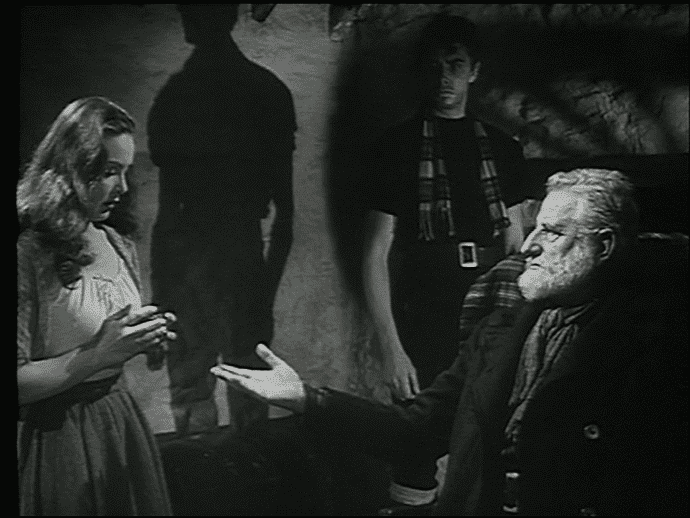 It’s hard to tell if this barnstorming adaptation of L. A. G. Strong’s novel is ‘serious’ melodrama or a spoof until John Laurie (already rolling his eyes like he was on something) turns up in another even more eccentric additional role in whiskers and pebble lens glasses looking like Corporal Jones’ elderly father as ‘Alistair McDonald’, when you realise the humour must be intentional (although the late Will Fyfe, who compares the heroine to “a daffodil growing on a dung heap” seems the only cast member actually in on the joke).

Arriving at this sty of “crossbred pigs” (where the ratio of males to females already seems unhealthily high) young Patricia Roc finds Scotland even more of a trial than Nova Pilbeam did Wales a year later in The Three Weird Sisters. @ Richard Chatten