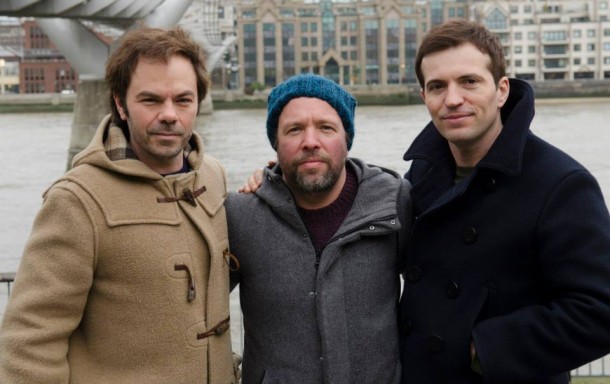 This slick and rather enigmatic crime thriller is made on British soil with Canadian money and a transatlantic feel that gives it the edge over most contemporqry Britlicks of the genre. It also has a well-chosen Canadian\British cast which gives a shot of international glamour to a story that could have been rather more pedestrian in British hands. Ryan Bonder was born in Canada but latterly came to London where he honed his craft shooting commercials in preparation for his second feature THE BROTHER which he describes as ‘thematically resonant with the rest of my work – about Memory, Identity and Loss’.

The story is straightforward and unfolds in linear structure: Adam Diamond escaped the family business of international arms dealing to set up a new carefree existence. His past crashes in around him upon the arrival of his brother, who brings news that his father’s (Anthony Head) health is failing, leaving him to pick up the pieces of a deal about to sour.

Of course, English actor Anthony Head’s gritty performance as the spaced out pater familias scratching on the foothills of Alzheimers keeps it firmly tethered to its London territory along with Brian Johnson’s impressively shot cityscapes, but this is no sweary, overtalky caper. Quite the reverse, it feels spare and rather refined at times and despite some brutal bouts of violence, such as Head’s hand being staplegunned to the floor (obviously Bonder had the Kray Brothers in mind), his two sons are Canadian actors who adds a twist of suaveness to the proceedings, along with Bjorknas’ ominously stylish score that ramps up to the feeling of underlying tension, making THE BROTHER a compulsively watchable but ultimately rather unsatisfying experience. MT