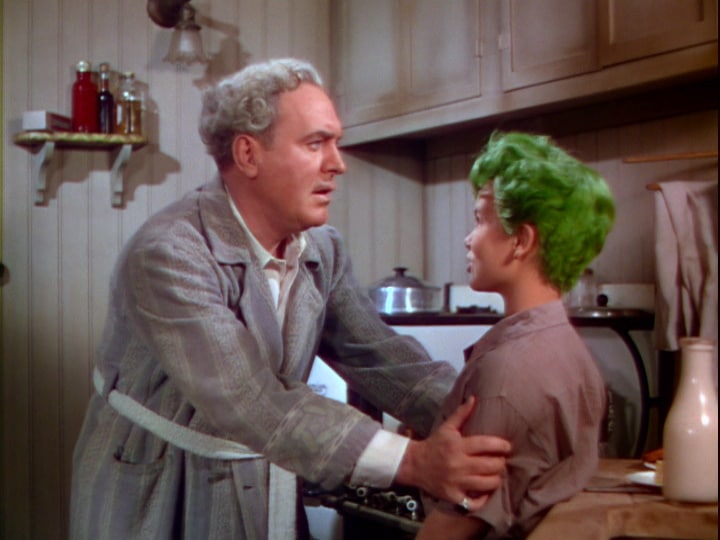 This unique film begins with a scene set in a police station at night worthy of Edward Hopper, immediately followed by the surprise of seeing a smiling young Robert Ryan in Technicolor in a brown suit in the prologue and epilogue.

Wedded to a very specific moment both in the history of the world and of Hollywood, the film that emerged represents the competing input of several specific individuals; of whom one of the most decisive is probably the least mentioned: Betsy Beaton (1914-1977), author of the original short story published in the 29 December 1946 edition of ‘This Week’ magazine; who got $10,000 less for the film rights than Eden Ahbez for his twee hit song ‘Nature Boy’. (What the film is really about is summed up in a throwaway remark made by one of the kids, “How’d you like to have your sister marry somebody with green hair?”.)

Director Joseph Losey had made only one more feature film in colour before he and fellow blacklistee Ben Barzman worked again on another pacifist fantasy (this time in very stark black & white) about child victims of war, ‘The Damned’ (1961) – Barzman’s draft of which Losey discarded – which remains one of Losey’s most underrated films.

The fate of both films at the hands of the studios that originally produced them provide a fascinating footnote to the Cold War they eloquently bookend. @Richard Chatten