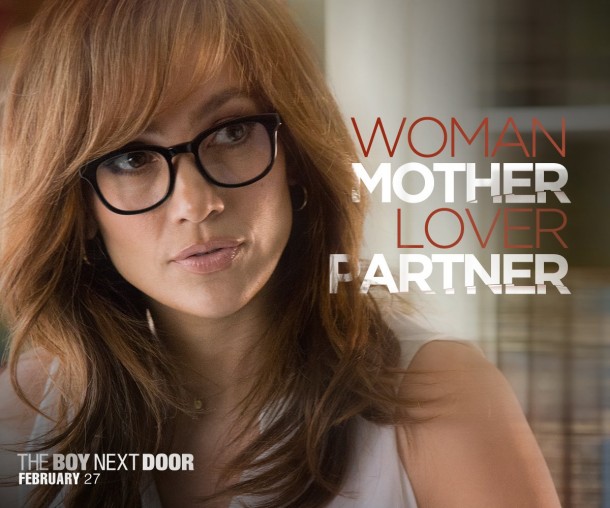 Director Rob Cohen is a veteran. Best known for the THE FAST AND FURIOUS franchise, he has been active in TV with Miami Vice and Private Eye, as well as producing five episodes of Topless Prophet. There’s nothing new about the THE BOY NEXT DOOR, a tepid drama that allows him to show off all the qualities of his past endeavours with a riff on the ‘cougar’ theme.

High School teacher Claire Peterson (Lopez) lives alone with her son Kevin (Nelson), her husband having left her for another woman. When next-door neighbour Noah (Guzman) arrives, Claire falls for him even though he is of school age and will end up in her classics class. After a one-night stand, Claire returns to being a responsible adult but Noah does not take ‘no’ for an answer. His behaviour becomes more and more weird; making a video of their lovemaking and plastering her classroom with pornographic photos – which Claire miraculously removes before anyone notices. When she finds out that Noah’s father had a fatal “accident” with his mistress, she puts two and two together, since Kevin and his father Garrett (sensible Claire is now trying for a reconciliation), had an narrow escape when their car’s brakes failed. After Noah kills Claire’s best friend Vicky (Chinoweth), the scene is set for the family Peterson to face Noah in an old garage equipped with a range of lethal weapons.

THE BOY NEXT DOOR is a laughable affair – unfortunately not for the right reasons: at the beginning, we see the scantily-clad Claire peeping out of her window, enjoying the sight of Noah’s muscular backside as he ‘showers-up’, returning her glances. Their over-the-top love-making is equally hilarious, a fifth rate version of the Anne Bancroft/Dustin Hoffmann encounter. Another ‘highlight’ is Noah’s action between the sheets with Allie (Atkins), a student fancied by Kevin, watched from the same window as before with envy and disgust by Claire. THE BOY NEXT DOOR is neither a full-blooded slasher or a soft porn affair, but an unimaginative try at lurid sensationalism, that succeeds in making FATAL ATTRACTION look like a art house movie. MT

ON GENERAL RELEASE FROM 27 February 2015