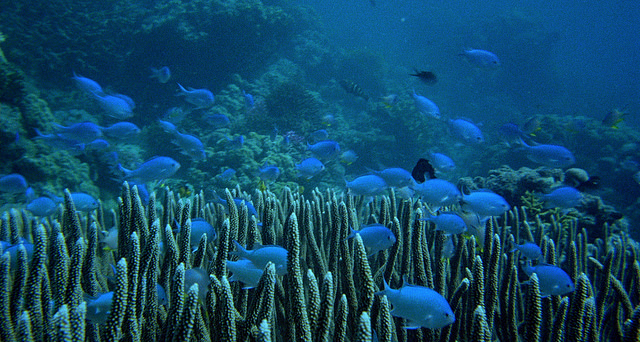 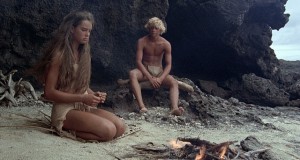 Randal Kleiser, still only 70, is the creator of GREASE, the most successful musical drama ever made. Among his repertoire are also ‘household name’ outings such as HONEY I BLEW UP THE KID, GETTING IT RIGHT, and AN OFFICER AND A GENTLEMAN (which directed to Elizabeth Jane Howard’s script). For some reason, he decided to re-make Frank Launder’s 1949 adventure with two teenage actors apparently for their looks rather than their star quality. Child star Brooke Shields had been known for her TV work as the murdered pre-teen Karen Spages in the 1976 cult horror film Communion. Chris Atkins was teaching sailing in NY state at the time of his casting, as Richard Lestrange the brother of Emmeline (Shields) who makes a life with his sister after a shipwreck lands them on a desert island in the South Pacific, with no adults to guide them.

The premise, taken from Henry De Vere Stacpoole’s novel and adapted for the screen by Douglas Day Stewart –  is an interesting foray into human behaviour. Left to their own devices, it’s quite possible and indeed probable the segregated from civilised society, a male and siblings will act of their natural instincts, once puberty arrives. And this is exactly what happens in this beautifully filmed remake, that is easy on the eye and inoffensive in a saccharine sort of way (Nestor Almendro’s photography was nominated for an Oscar). Leo McKern makes a brief appearance as the kid’s guardian, who drowns early on in the story after a drinking session. MT