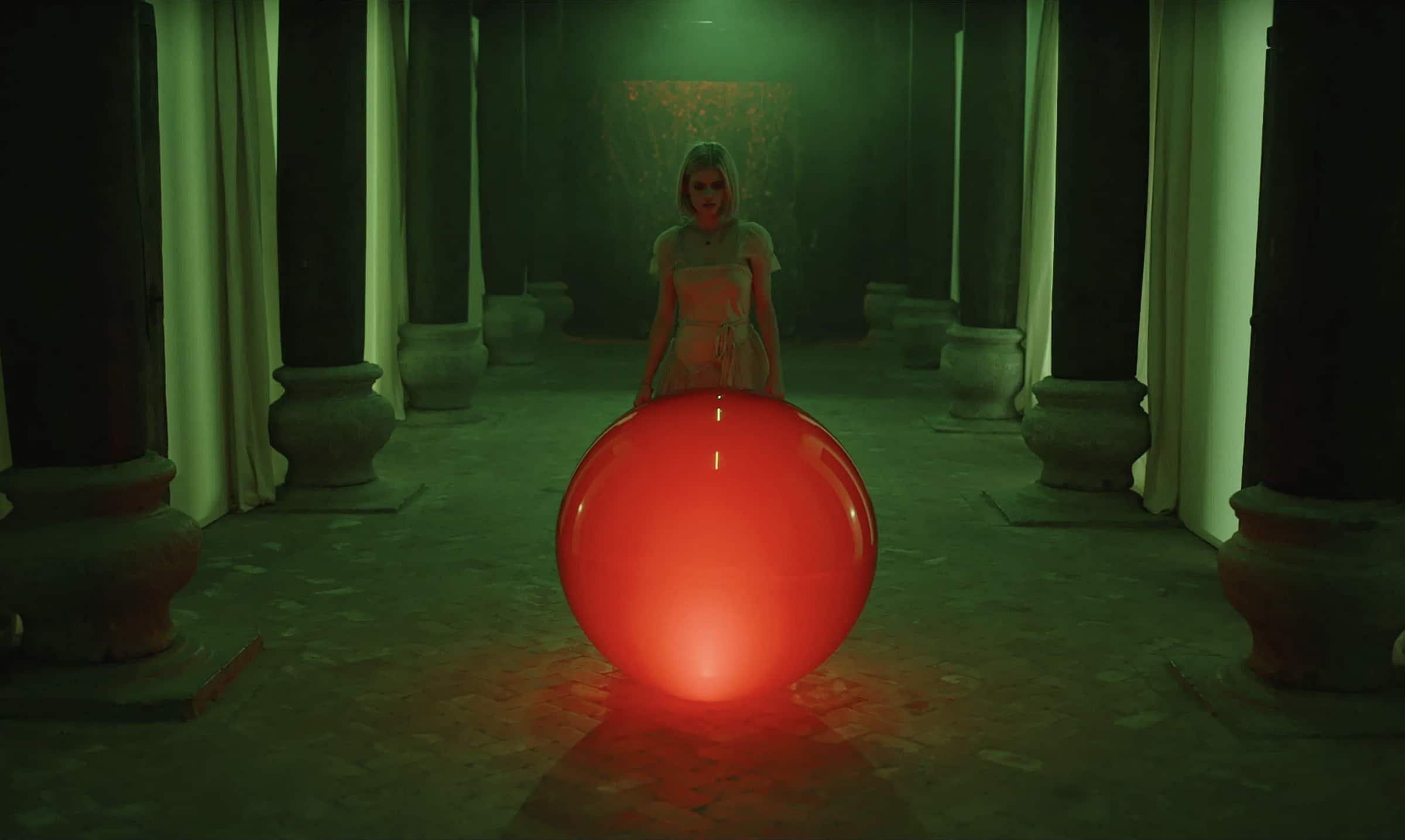 Carlson Young writes directs and also stars in her first film, an extended version of her 2018 Sundance short and essentially a fantasy sci-fi. Young takes full credit for the outcome, a glittering, elaborate eye-catcher build on an anaemic narrative, held together by DoP Shane F. Kelly and PD Rodney F. Becker. But it is the evocative orchestral score of composer Isom Innis that sets the tone.

Margaret (perhaps a nod to Margaret Cavendish, who authored a 1666 sci-fi-themed tome ‘The Description of a New World Called the Blazing World’) never recovered from the profound shock of losing her twin sister Elizabeth who drowned in the swimming pool of the family mansion while her parents (Vanessa Shaw and Dermot Mulroney) were otherwise engaged in one of their spectacular showdowns. But the traumatic day didn’t end there: a haunting figure (played by Udo Kier) tries to lure her into going with him into a dark hole. She grows up to become a gloomy college student (Young) desperately trying to be re-united with her sister, who she believes is caught in another dimension, waiting to be rescued. But even respected TV astrologer (Mikel) is unimpressed by her efforts: “You should watch Dr. Who, it’s on the BBC” she advises Margaret. In Pan’s Labyrinth-style sequences she follows Kier in a bid to be re-united with her sister, swallowed up in Cagliari-like corridors. But somehow we are never quite sure which rabbit hole Margaret is aiming for. Meanwhile Kier waxes lyrical: “What the darkness eats, the darkness keeps.” Young was clearly aiming for a baroque aesthetic for her earnest protagonist on a mission – what we get is a digital makeover. AS