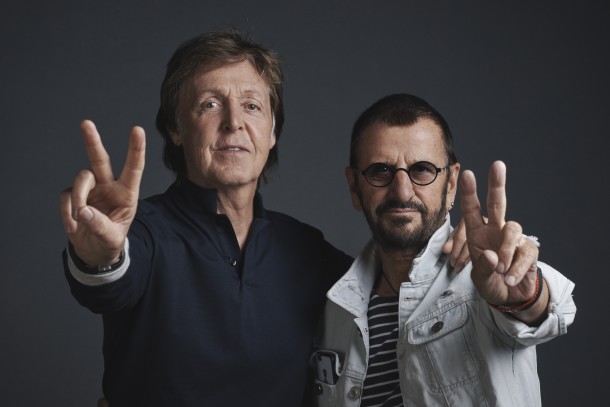 “The Beatles became the emperors and prisoners of their fame” declares music journalist Jon Savage in Ron Howard’s documentary on the touring years (1962-1966) of the Beatles. He’s one of several interviewed talking heads who emphasise that the Beatles were as much a cultural force for social change as well as a musical phenomenon. Another is Whoppie Goldberg who as a teenager at a Beatle concert was given “Their (Beatles) idea that everybody was welcome.” Whilst screenwriter Richard Curtis informs us that “The Beatles were the dream of how you got through life.”

Eight Days a Week skilfully consolidates edited live concert footage to give what is probably the definitive account of the highs and lows of their touring experiences. There is much to enjoy. The spontaneity and warm irreverence of the Beatles is captured. “Four things that looked alike” (Paul McCartney) who actually spoke as non- manufactured individuals. Led by John Lennon their responses to journalists are joyful examples of the sublime art of being cheeky.  Eight Days a Week also reveals the darker side of Beatlemania with its angry US response to Lennon’s remarks on the popularity of the Beatles compared to Jesus Christ. We are shown a burning at night of Beatles vinyl and memorabilia. Before this orchestrated ‘rejection’ we have references to the assassinations of President Kennedy, Martin Luther King, race riots and the war in Vietnam. Ron Howard’s documentary is very much about the Beatles’ external musical journey and the progress of their genuinely spontaneous personalities. By 1966 the Liverpudlians with “those fabulous hair-dos” were weary of being interviewed and sick of touring. After Candlestick Park in San Francisco they felt they were “becoming a freak show”. Music gigs were abandoned for the recording studio in order to undergo an internal journey of musical experimentation and to simply remain sane.

Yet Ron Howard’s film has some serious omissions. We have the Beatles accepting their MBEs but nothing about Lennon’s later rejection. And a TV recording of their Royal Variety performance at the London Palladium, where the Beatles asked the British royalty and the rich to clap hands and shake their jewels, ought to have been included.

The ‘colourisation’ of some of the monochrome footage feels redundant. All nicely digitised and good looking but…? And could there have been a least one Beatle song performed in its entirety? (On average they are only three minutes long). Pacy, economically edited, intelligently compiled and – as a social document really fascinating – although the inclusion of a cultural critic being interviewed about the reasons for Beatlemania would be appreciate here. Eight Days proves to be a very entertaining 138 minutes. Beatles aficionados will love it. Others will certainly feel admiration. See it on a fabulous big screen first where it will resound more powerfully than on your blu-ray player. And a small footnote; watch out for Signoury Weaver as a teenager, caught by the camera revelling in the music! Alan Price.

NOW OUT ON GENERAL RELEASE At the EVERYMAN, CURZON, ICA AND RITZY BRIXTON