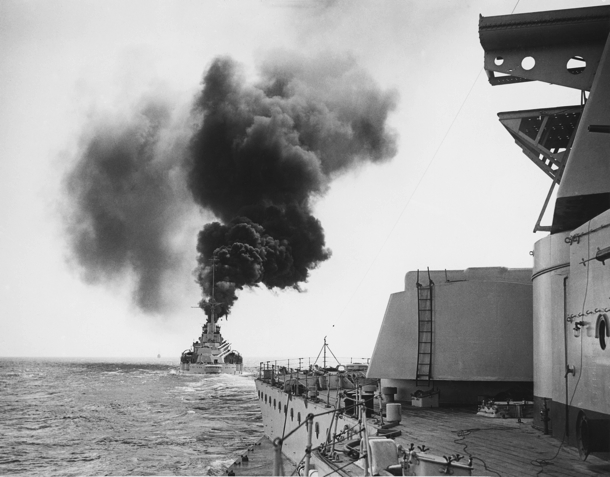 With Roger Maxwell and Craighall Sherry

Silent films rely heavily on facial expression, mood and musical score to convey their message in a meaningful and dramatic way, quite apart from their cinematography. Directed by Walter Summers, this exhilarating 1927 war film, restored by the BFI to celebrate the anniversary of the The Great War (1914-18), tells the story of a naval battle that ends in resounding victory for Britain against the Germans following on from the appalling British defeat at Coronel, off the Chilean coast, in 1914.

Summers’ epic conveys not only a  sense of derring-do, but also of palpable terror evoked in the magnificent seascapes and roaring waves as big as mountains, as the enemy onslaught is depicted in mammoth ships seen on the attack in remarkable battle sequences. The courage of the soldiers and integrity of their leaders is the result of clever casting and masterful performances, making The British Navy something we can still be proud of to this day. A fitting tribute to our Naval forces. MT