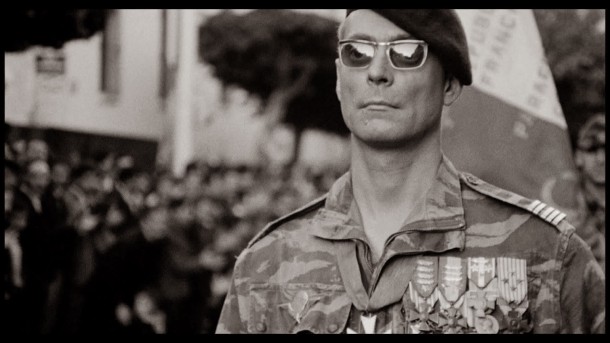 Gillo Pontecorvo (1919-2006) only directed five feature films during his active years as a filmmaker between 1957 and 1979, but shot more than feature documentaries. Having won the Golden Lion in Venice in 1966 for The Battle of Algiers, he returned to the Mostra as its director between 1992 and 1996, giving him a unique position in film history.

The Battle of Algiers is a milestone for two main reasons: firstly, Pontecorvo created a blueprint of terrorism, torture, guerrilla fighting and racial profiling which was still used by the Pentagon in 2003, at the beginning of the Iraq war. Secondly, Pontecorvo used his skills as a documentary filmmaker, mixing the observational style of the classic documentary with a newsreel like spontaneity. When the film was premiered in the USA, the disclaimer made clear that no newsreel segments had been included. The shock was so great, that The Battle of Algiers could not be shown in France for five years, and the British censors followed suit, after only one screening at the LFF in December 1966. Even after the delay, there where huge demonstrations in front of the cinemas who dared to show it. Meanwhile, the government in Algiers (and some film critics), protested that the French army, particularly their leader, Colonel Mathieu, were shown with too much sympathy.

The Battle of Algiers opens at the end in 1957: an Algerian resistance fighter discloses during torture the hiding place of his leader Ali La Pointe (Hadjadj) and three of his staff. La Pointe, who is holed up in a hiding place behind a wall, is being told by a voice- over “You’re the last one. It’s all over”. A huge regiment of French soldiers (symbolic for the whole army) is ready for the kill. A close-up of La Pointe’s desperate face fades and we are back in 1954.

Ali La Pointe is not at all a charismatic leader: he is an illiterate petty-criminal, who is radicalised in jail, after watching a resistance fighter die under the guillotine. Out of prison, he seems to like the violence which the FLN (Front de Liberation Nationale) insurgents are employing more and more against the French occupying army. He is very much an alien, comparable with the protagonists in Rome, Open City, whose neo-realism Pontecorvo used to perfection. And Djafar (Saadi), another leader of the movement, reminds us very much of the father in De Sicas’ The Bicycle Thieves. Compared with them, Colonel Mathieu (Martin) is a dashing figure, a true intellectual leader. Violence escalates, the battle sequences are shown in organised segments – the most famous starts with the clock showing 11.20, scored with Ennio Morricone’s percussive music. Three female guerrilla fighters put on Western clothes, preparing to attack three different locations with their bombs. A montage with the three women and the faces of the victims who will be blown up soon, remind us of early Eisenstein.

Pontecorvo and DoP Marcello Gatti (The Four Days of Naples) always create the impression that the scenes were spontaneously shot: the camera reacts to events, never going for the best exposé, but letting characters slip in and out of frames. The images vibrate with constant gunfire and bombs reminiscent of early days of the hand-held camera. The audience is right in the thick of the action. After over fifty years, the powerful images of Battle of Algiers are still ahead of the contemporary documentary-aesthetic. AS