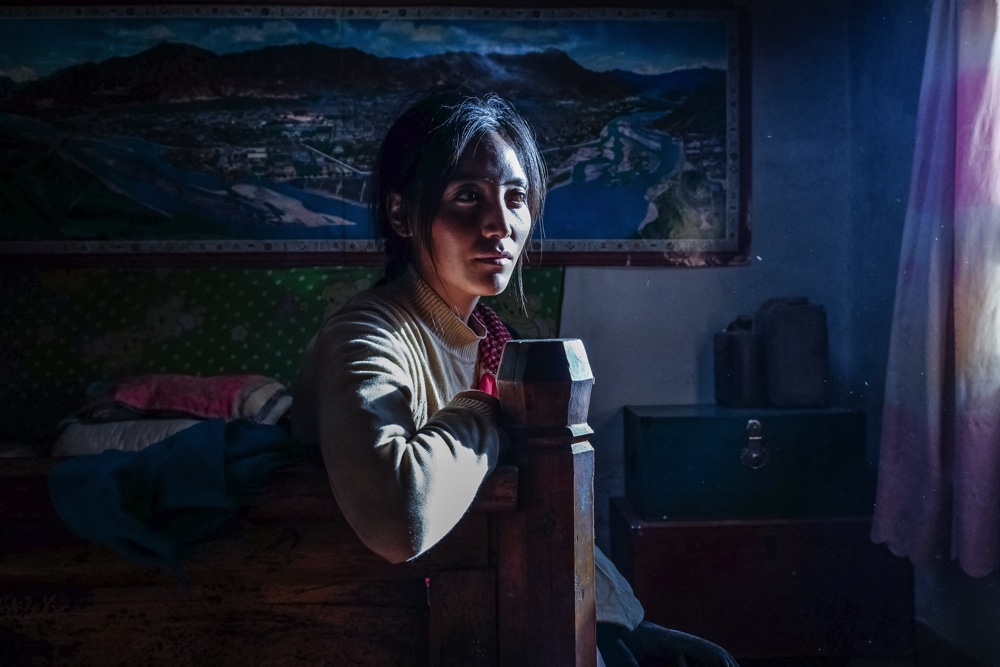 Tibetan director Pema Tseden brings a tender sense of beauty and tragedy to this inspirational family drama, his seventh feature, exploring ordinary life in the early 1980s for a Tibetan farming community.

Vibrantly captured and delicately observed The Balloon initially appears to be a straightforward modern fable, but there’s much to it than that. Tseden’s clever script is underpinned by a subtle socio-political commentary and a contemporary female empowerment theme (in the style of Tulpan) highlighting women’s pivotal place in the East Asian pecking pecking order, running contrary to outward appearances.

In this much fought over territory an extended family of grandfather (Konchok), mother Drolkar (Sonam Wangmo), father Dargye (Jinpa) and two cheeky young sons (Druklha Dorje and ​Palden Nyima) eke out an existence from their cramped living conditions where privacy is impossible, so one of the boys soon finds a condom tucked under his mother’s pillow. Mistaking it for a balloon, the boys have great fun the following day, blowing it up in broad daylight, much to the amusement of the older menfolk.

Despite demure outward appearances their demure mother Drolkar is not just a pretty face, nor is she under her husband’s thumb. But China has just adopted a strict population-control policy with crippling fines extending to Tibet. Drolkar is anxious not to have any more children, but needs to satisfy her husband’s rampant sex drive into the bargain.

Ironically the Chinese birth policy does not apply to the family’s flock of sheep which are actively being encouraged to breed and the couple’s teenage son is tasked with engaging the services of a young ram to do the job. All this is further complicated when Dargye’s Buddhist father suddenly dies, leaving the grieving farmer with the obligation of having to provide another soul to allow for his father’s reincarnation, this religious touchstone adding further complexity to The Balloon‘s seemingly straightforward storyline.

Meanwhile, Drolkar has secretly consulted a savvy female doctor (Kangchen Tsering) providing her with the wherewithal to call the shots family-planning wise. The couple already have a teenage son who is running their ram breeding programme. But somehow Drolkar falls pregnant again and knows she must have an abortion but how she proceeds is both intriguing and amusing.

ON RELEASE IN CINEMAS FROM FRIDAY 24 SEPTEMBER 2021