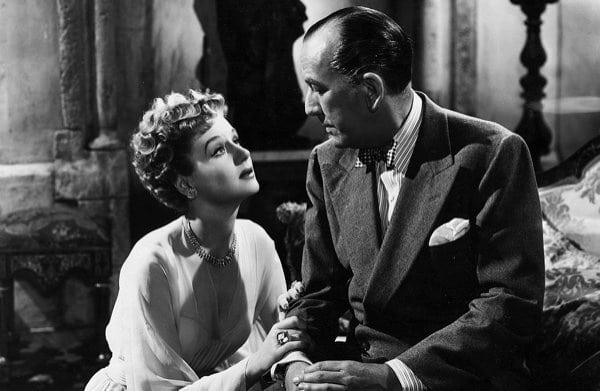 Like Brief Encounter based on one of the theatrical pieces that comprised ‘Tonight at 8.30’, this reunion of that classic’s writer and star is an equally garrulous but far more grandiose affair that failed as spectacularly as their previous collaboration had succeeded (although the scenes depicting the neuroses exhibited by Noel Coward’s patients are still haunting after the film is over; particularly the scene where John Salew is challenged to read a certain word Coward claims to have written down for him to look at.

All involved were as genuinely unhappy making this epic folly as they looked acting in it; Coward having taken on the lead only after Michael Redgrave took one look at the rushes and walked.

After lumbering through the wreckage like Frankenstein’s monster (Alan Strachan later observed that “Coward’s performance of ravaged heterosexual ardour is riotous”) the star subsequently found himself a far more congenial niche making guest appearances in other people’s films. @Richard Chatten