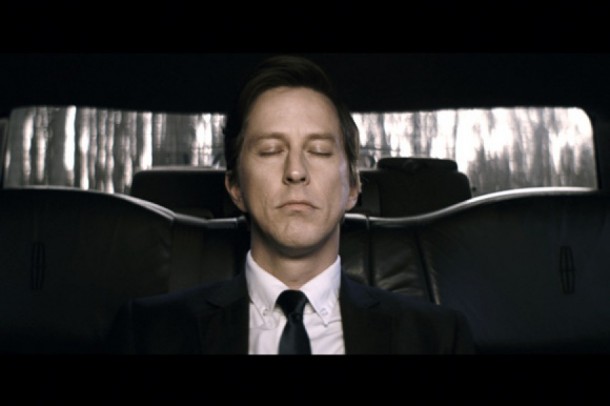 Kadri Kõusaar’s unsettling thriller draws you into its dark and morally complex web from its opening scenes in a fin de siècle mansion in the chilly depths of the Estonian countryside. Here, we meet John (Lee Ingleby), a young and respectable research scientist who has been invited for an interview. The job? To provide sperm for a rich and intelligent woman who is looking for a perfect child. And so begins the exploration of a man’s descent into madness and a bleak tale of human genetics that explores some thorny and highly questionable ethical themes.

Fast forward a decade or so and John’s promising career has hit the skids and he is working as a backroom research scientist living with his girlfriend, a corporate high-flyer. Pregnant, she is opting for an abortion, on the grounds of John’s unsuitability as the father of her future child. We see the two of them by a frozen lake, scattering the ashes of the foetus into the icy waters. John is devastated by the brutal termination of his relationship and his fatherhood and retreats into himself, deciding that the best course of action is time out to heal the emotional scars.

Lee Ingleby, best known for his TV work, is brilliantly cast here as the lead in this eerily sinister story. He has the same quality of vapid  ‘otherworldliness’ as Christopher Walken, and also brings a touch of sardonicism to the role. It is a perfect pairing with Lina Leanderrson, (who you will remember from Let The Right One In) who plays his daughter Ronja from the successful donation project, and with whom he embarks on a sinister road trip. Although it appears outwardly that John has recovered, his emotional sadness has subverted into a troubling personality change.

During his time out John has infact been brooding over some provocative issues concerning the future of his fellow humans. Initially, initially his efforts as a vigilante-style do-gooder pursuing moral rectitude are faintly amusing: he transforms a rowdy night club into a classical music event. But when he gets his revenge on a religious paedophile by pimping Ronja into the equation, it is clear that he is developing a ‘God Complex”. After gassing a busload of elderly mentally disabled passengers, Ronja draws the line and they part company. Eventually John meets his maker in a rather chilling denouement that brings him back again to a lakeside. With a chilling score, subtle performances and a great sense of place, this is a compelling and provocative film that won’t be to everyone’s taste. Viewed dispassionately, it raises some alternative issues marking Kõusaar out to be a director of intellect and talent.