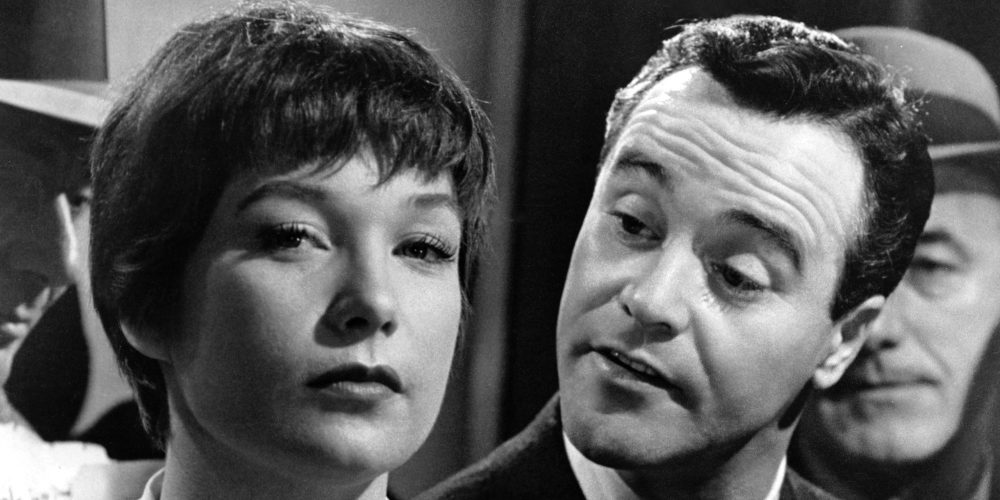 Billy Wilder’s comedy The Apartment takes us back to the ordered world of Mad Men when men still ruled the world and the workplace: but it didn’t always work in their favour. There’s so much to enjoy about the sly camaraderie and refreshing lack of political correctness that still make this a winner, and a reminder of the (sometimes) good old days.

And back in the day it won five Oscars at the 33rd Academy Awards, including for best picture, dynamite writing duo Diamond and Wilder (Jewish emigrés from Romania and Germany), The Apartment is a romantic comedy verging on melodrama that trips lightly over a scorching satire of the old school network that still exists today, in a much more covert way than even back then. The movie is positively bristling with social commentary but all of it dressed in a chipper sense of upbeat bonhomie. Sometimes its characters are vulnerable, lonely and frustrated but the humour skips on relentlessly always presenting its best face to a world that knew firmly where and how its bread was buttered, and accepted it with dignity and good grace.

And none more so than Jack Lemmon’s character C C Baxter, a hard-working, hard-done-by corporate servant, who thinks the best of everyone and everything, and is gifted with an enviable optimism and a indomitable will to survive. Lemmon brings an acute sense of comic timing and slapstick skill to his memorable performance. Wilder puts a positive spin on this immoral world knowing that his stock in trade was to entertain not to depress of deflate. Baxter is grafting his way slowly to the top, knowing that his ace card is his Manhattan home, a small but snug pied à terre that provides a priceless bolt hole for his bosses to conduct their extra-marital dalliances. But this cosy corner is somewhat of a poisoned chalice, as even Baxter will admit.

Meanwhile, Shirley MacLaine is the lift lady in the office building where Lemmon works, and is secretly dating one of his married bosses (Fred MacMurray) who makes use of the apartment from time to time. Miss MacLaine (Fran Kubelik) and Lemmon are both likeable losers, disillusioned romantics who finally fall for each other after bonding over Baxter’s meatballs after she tries to kill herself on Christmas Eve, spurned by MacMurray’s Mr Sheldrake (who finally gets his comeuppance at the hands of his secretary Miss Olsen (Edie Adams), one of the five philanders who make use of the apartment. The other are flippantly played by Ray Walston, David Lewis, Willard Waterman and David White. His next door neighbour Dr Dreyfuss (Jack Kruschen) provides a vibrant vignette featuring the comforting Jewish doctor and his wife Mildred (Naomi Stevens), who save the day with their nous and matzah ball soup.

The script is full of perceptive moments and witty dialogue that plays on a verbal motif using the suffix ‘wise’; when Fran Kubelik asks Baxter if he wants candlelight over dinner, he replies: “it’s a must, gracious living-wise” and this goes on to hilarious effect, as Wilder and Diamond clearly enjoy themselves writing the multi-awarded script.

Joseph LaShelle’s black-and-white Panavision photography glows to great effect in the restoration, picking out the period details and the impeccable fashions of the day (Miss Olsen’s faux leopard hat and handbag combo and her cat’s eyes sunglasses are still on trend today) and this is all set to Adolph Deutsch’s imaginative score, with its jazzy tunes: an Ella Fitzgerald album cover on Baxter’s sideboard provides a perfect cultural counterpoint to an era where to be successful in the workplace was to be male and white; but that was ok. MT

4K RESTORATION by PARK CIRCUS and MGM from an original 35mm print in cinemas later this year. With thanks to Nick Varley and John Letham for Park Circus.