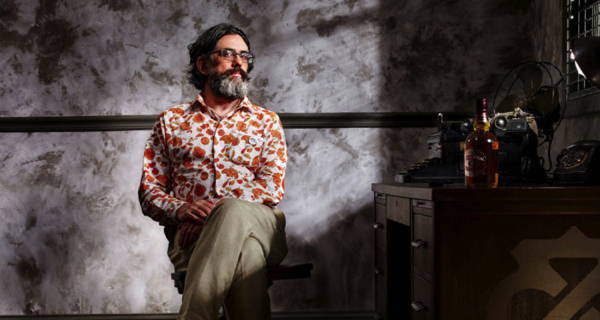 Following on from Scotch: The Golden Dram (2018) comes this voluble road trip documentary that explores the impact of Scotland’s best known liquor on the lesser known parts of the country’s cultural identity and history. The Amber Light certainly loosens the tongues of a range of personalities from the world of art, music, literature and food. In his feature debut, Adam Park also focuses on the unsung role of women in distilling and blending over the centuries, the influence of alchemists, medicine men and botanists, and the evolution of spirits from medicine to social lubricants.

And when musicians are not on screen, the film’s writer David Broom adopts a voluble conversation style in talking us through the history of the spirit, explaining how whisky suddenly became more than a drink made in a distillery for him, providing a creative impulse for him to explore the culture surrounding it. DoP Dan Dennison has an ingenious way of filming interweaving interviews with live footage of Scotland that suddenly break into delicately rendered amber coloured animations.  The film also looks at the temperance movement, smugglers, Dante’s Inferno, and the use of unexpected ingredients in whisky’s development, such as saffron.

Music is also an important part of Gaelic culture and the rhythms of whisky-making inspired many ballads, such as “Blond Haired Boy” referring to the spirit itself. The film’s score also features a selection of Scottish musicians and singers to feature music from including King Creosote, Alasdair Roberts, James Yorkston, Rachel Newton (plus more to be announced) as well as Avante-Garde noisemakers and poetry collective Neu Reekie.

Dave Broom, who has been writing about spirits for 25 years and he is the main influence behind this informative whisky travelogue that travels the length and breadth of Scotland, talking to key innovators and thinkers in the whisky world – farmers, distillers, bar owners and historians – as well as people less directly involved: musicians, artists and writers, including Scottish novelists and “king of the Tartan Noir” Ian Rankin is almost an ambassador for the golden dram and he certainly who waxes lyrical about how wishy brings out the “darkness in the Scottish soul”, born of the long nights that encourage brooding, bringing out the worst in people: “Not everyone can handle it”. This offers an musical opportunity for a rendering of the sinister ballad: “Jonny My Man”  Musicians Alasdair Roberts, James Yorkston perform live on screen.

Whisky is a particularly socially cohesive dram: it has provided an opportunity to open a conversation with a perfect stranger. Once the amber nectar is poured into a glass, introductions can begin and very soon the dialogue flows, and friendships are forged. Made on a shoestring, and none the worse for it: David Broom raised the lion’s share of the film’s finance from crowd-funding. MT

ON RELEASE AT SELECTED ARTHOUSE CINEMAS FROM 22 November, paired with Director Q&As and whisky tasting opportunities at several sites across London, Edinburgh, Liverpool, Cambridge, Dublin and more—all through DECEMBER 2019