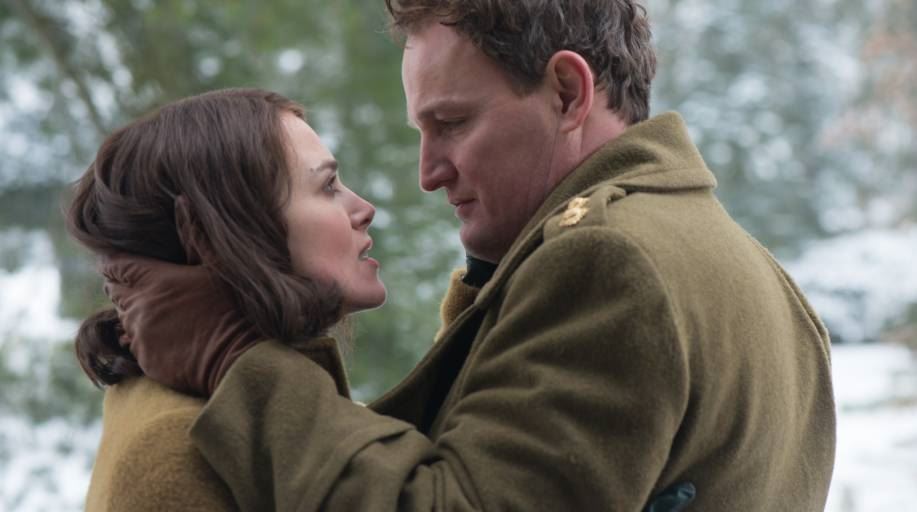 Best known for his coming-of-age love story Testament Of Youth James Kent offers another ravishingly stylish tale of love that explores tangled emotions of guilt, lust and pride in a post war ménage à trois. In an elegant Belle Epoque villa in the environs of bombed-out Hamburg in 1945, Keira Knightley, Alexander Skarsgård, and Jason Clarke come together as unexpected bedfellows. And Clark is surprisingly the most romantic of a trio dealing with the complexities of loss, both of the people and the places they hold dear. Adapted for the screen by Anna Waterhouse and Joe Shrapnel from Rhidian Brook’s novel, one of the strongest elements of The Aftermath is its rounded critical gaze on both the Germans and British characters who emerge initially as an unlikeable bunch, but grow more appealing as we appreciate the tragedy that has touched them all, in different ways. And this lush characterisation is also one of the most engrossing aspects of the film, along with its immaculate period detailing, the visual glamour coruscating amid the dour deprivation and devastation of war and human brutality.

Keira Knightley plays Rachael the spiky and staunchly anti-German wife of war-weary Colonel Lewis Morgan (Clarke) and they meet again as she steps off the train in the opening scene. Not having seen him for years and not particularly excited to be re-united: they share the loss of their only son killed in a bomb blast in London, and Lewis clearly holds her responsible. Not consoled at the prospect of living in a luxuriously appointed mansion full of Avantgarde artworks and Art Deco objets, she greets the buff former owner, architect Stephan Lubert (Skarsgård), with barely concealed disdain. They are to share his family’s opulent residence, and Lewis graciously offers him the attic whence he retires with his little daughter, Frieda (Flora Thiemann). Frosty exchanges and flare-ups are to follow. Both Knightley and Skarsgård’s characters are sexually frustrated and when Col. Lewis is called away for a few days, they fall into each other arms to enjoy a lustful but unconvincing encounter between the sheets. It’s understandable: Lubert has lost his wife and Rachael is continually donning sexy underwear (and one of her girlish grimaces) only to be rebuffed by her husband’s need to attend to his duties, which include cross-examining prisoners or war. One of these is (Albert) who feels a particular resentment to the occupying forces and Lewis himself, and this hatred provides the key to a satisfying narrative twist in the final stages. Colonel Morgan is up to his neck in negotiations with the German resistance Nazi ‘88’ movement, without much support from his bibulous, unpleasant sidekick Major (Martin Compston) who is typical of the kind who inhabits these situations, along with his prissy wife (Kate Phillips) who will soon pick up on Knightley’s frisky new demeanour and follie à deux. Meanwhile, Albert (Jannick Schumann) has also become close to Lubert’s difficult, dark horse of a daughter who steals Lewis’s treasured cigarette case bearing a photo of his son, and offers it to Albert as a keepsake.

The Aftermath gradually builds to a tumultuous and convincing final act where we really start to care about the characters and their future. Jason Clarke is the eponymous alpha male who emerges victoriously, through integrity and commitment, to bear a heart of gold. Skarsgård provides solid eye candy as the loving father and soul mate manqué, and Keira is just as she always is, gracefully distant. MT