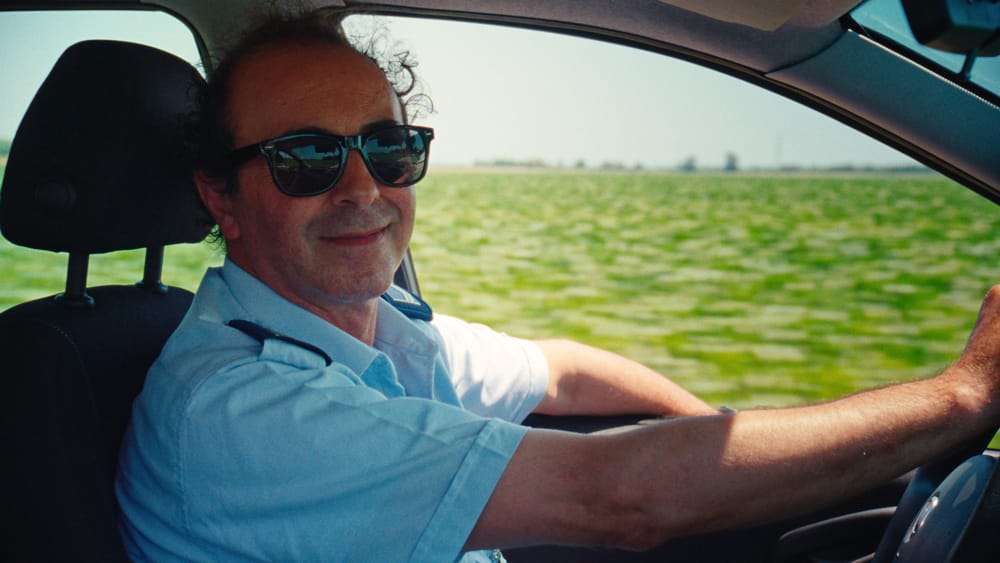 A silly argument gets out of control in the open scenes of this absurd dark docu-comedy from Venetian filmmaker Alessandro Comedian. What it all boils down to is the petty small-mindedness of everyday life in the rural village of Malafesta (Veneto) where the police spend the days justifying their existence, pursuing every line of inquiry no matter how trivial: a car parked the wrong way up a side street, a dog with an usual bark is about as exciting as it gets.

Nothing escapes the attention of inspector Pier Luigi (Gigi), a baffoonish local police officer in a sleepy backwater where nothing ever happens. All kitted out with his gun, handcuffs and truncheon the balding Gigi is desperate to see some action. Every incident – no matter how minor – gets a full investigation at the hands of this middle-aged meddler as he patrols the empty streets and byways, sneaking a cheeky cigarette, or occasionally flirting with young switchboard operator Paola (in his distinctive local accent) or shooting the breeze with some  colleague or passerby on the subject of sex, or some romantic hit on the radio.

But his plans to seduce Paola over a homemade risotto are suddenly derailed when a girl throws herself under a train – possibly due to sheer boredom. And this is not the first time. Facing this unexplainable suicide wave, Gigi starts investigating a strange world, between reality and fantasy, where a garden turns into a jungle and where a sleazy policeman’s prime focus is on investigating affairs of the heart.

After The Summer of Giacomo, winner of the Golden Leopard at the Locarno FilmFestival, Alessandro Comodin returns with a picaresque comic documentary inspiredly by the rhythmic dialectic poetry of Pier Paolo Pasolini. MT