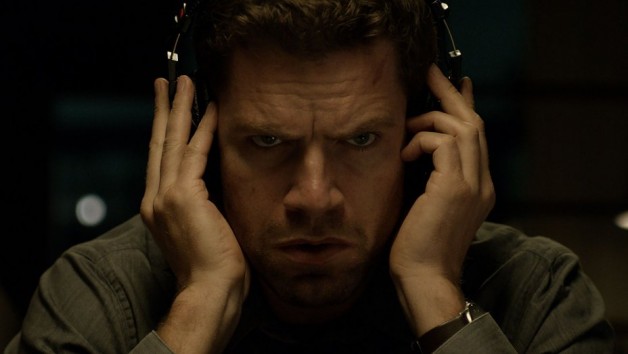 Nikolaj Lie Kaas (Angels & Demons) and Fares Fares (Zero Dark Thirty) are just the pair for this gritty noirish thriller that is as stylishly dark as its dirty dealings, and another another criminal case for Danish Department Q, again directed by Mikkel Norgaard. This is a nasty affair involving a double murder of twin siblings in the ’90s which is reinvestigated by the Copenhagen cold-case duo after the teenagers’ father commits suicide in the bath. If you enjoyed The Keeper of Lost Causes (2013) then this should go down well as the second adaptation of a Jussi Adler-Olsen novel in the Department Q series.

Kaas plays Carl Morck the taciturn detective with a permanent scowl, Fares is Assad, his pleasantly open-faced colleague who is rather chuffed to be hitting it off with their latest secretary, a spunky red-head called Rose (Johanne Louise Schmidt); Kaas is not amused “we can’t keep changing secretaries”.

After a brief visit to the country setting of the teenagers’ illustrious public school, we meet the man who served 3 years for their murder, a drug-taking share dealer with a penchant for restoring old Maseratis. Back in the day he confessed to the murders and then somehow got Denmark’s best lawyer (Hans Henrik Clemensen) to defend him. The detectives’ only starting point in the case is a call made by a terrified girl (Sarah-Sofie Boussnina), possibly a schoolfriend of the twins, though she seems to have disappeared now without a trace.

Scripters by Nikolaj Arcel and Rasmus Heisterberg have chosen a fractured narrative that flips back and forward, giving us clues about the past, while following the chronological police investigation and the violent activities of the Danish hoods – all tightly edited to ramp up the tension while keeping us on our toes. We don’t warm to the young teenagers, although their bouts of bonking in the leafy boarding school surrounds do give light relief from the dim interiors which, apart from a dash of dark humour, make the THE ABSENT ONE feel rather glum and buttoned down at times, particularly when Rose threatens to throw in the towel after a particularly brutal scene involving a mummified corpse: ” I’m not cut out for this”  says she. But who is, in their right minds? And this is Nordic Noir.

But THE ABSENT ONE is watchable largely due to its well-oiled parts, and particularly for Kaas and award-winning Fares who are used to working together and manage to inject a flourish of charisma into these sordid Nordic goings-on. Pilou Asbaeck and David Dencik (Tinker Tailor Soldier Spy) are also strongly cast as suave but lethal Danish criminals of the upmarket kind. Well-crafted, if not a trifle formulaic, ABSENT‘s plotlines all coalesce to offer a slick and absorbing watch despite throwing its toys out of the pram at the end. MT

SHOWING AT PICTUREHOUSES AND SELECTED SCREENS FROM 8 APRIL 2016