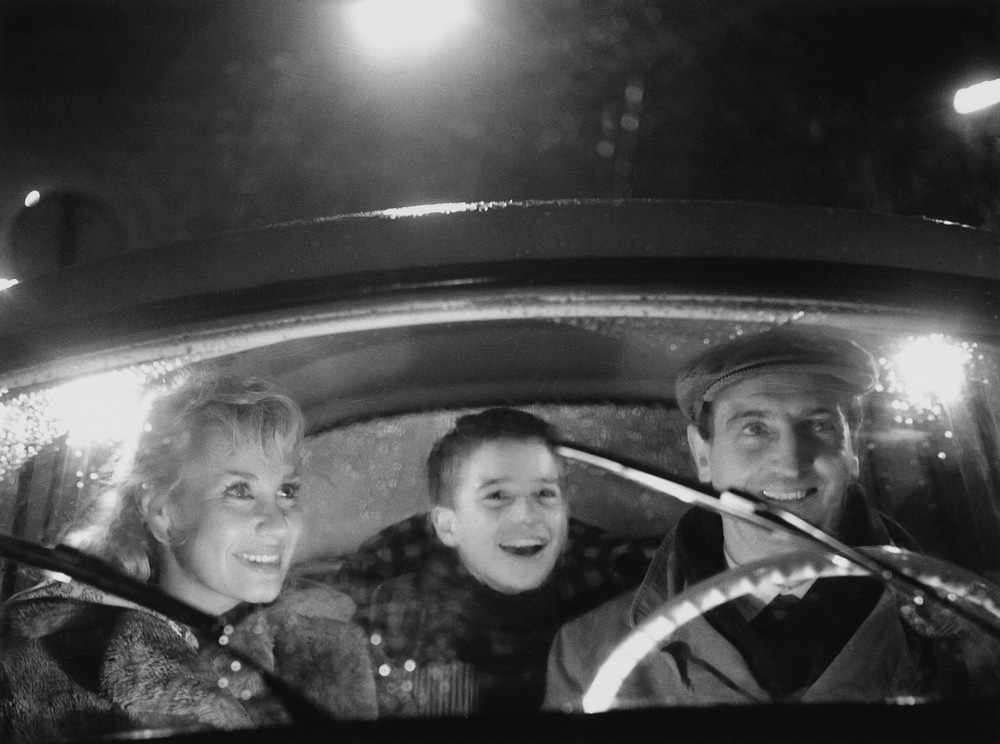 Francois Truffaut was banned from attending the Cannes Film Festival in 1959 but that didn’t prevent him from winning Best Director for Les Quatre Cents Coup, paving the way for other “Cahiers du Cinema” critics like Godard, Rivette and Chabrol to follow in his wake – et voilá La Nouvelle Vague was born.

Dedicated to the eminent French critic André Bazin, who had “adopted” Truffaut and died just before shooting began, the over-literary translation ‘Raising Hell’ would have certainly been appropriate given the startling nature of this bitter coming-of-age story fraught with poverty, institutional repression and parental neglect and centring on Jean-Pierre Léaud’s pre-teen Antoine Doinel.

Victimised at school, Antoine’s home life is no better, his mother Gilberte (Maurier) and stepfather Julien  (Rémy) neglect him emotionally in their cramped Parisian apartment where he is forced to sleep in the hallway. Escaping this nightmare environment is the only answer: Antoine will play truant at school with his friend René (Auffay), sneaking into cinemas and a fairground, and hiding in René’s flat where his parents make it nearly impossible for the two to meet. A huge, stuffed horse dominates the bedroom, a metaphor for the absurdity of their marital life.

At school Antoine is the scapegoat of an obnoxious French teacher (Decomble) who regularly picks on him. When a photo of a pin-up girl is passed round under the boys’ desks naturally Antoine is caught in the act, painting a moustache on the woman’s face. Later, Antoine paraphrases a Balzac text for an essay and is accused of plagiarism – the writer is his hero, he even has an altar with a candle for him, almost burning down his parent’s flat.

Worse is to come: Antoine gets caught out lying about his mother’s ‘death’ until both parents turn up at the school, alarmed by the boy’s behaviour. Antoine sleeps rough, steals a typewriter from his step-father’s office, and ends up behind bars with robbers and sex-workers. Later Antoine is transferred to a juvenile detention centre, where he absconds during a football match – eventually ending up on the beach  – his dream of freedom comes true.

The humour is always harsh, even Antoine’s close friendship with Rene is turbulent – but at least he has a decent home. Truffaut explores the emotional affects of Antoine’s homelife through a psychologist at the detention centre, who asks him: “how do you feel, not knowing who your biological father is”. Antoine’s answer is cutting: “I always thought my mother was not my real mother”.

Truffaut and Jean-Pierre Leaud’s collaboration on the film led to a close friendship that would continue until Truffaut’s early death. DoP Henri Decaë sums up the cultural wasteland of the 1950s with this dispiriting picture of a Paris of grey facades. Black-and-white images are for once not poetic nor illuminating, just simply bland – ugly even. There is no compromise possible: family and institutions are the enemy of liberty and creativity in Truffaut’s mind. His debut would be his masterpiece. AS