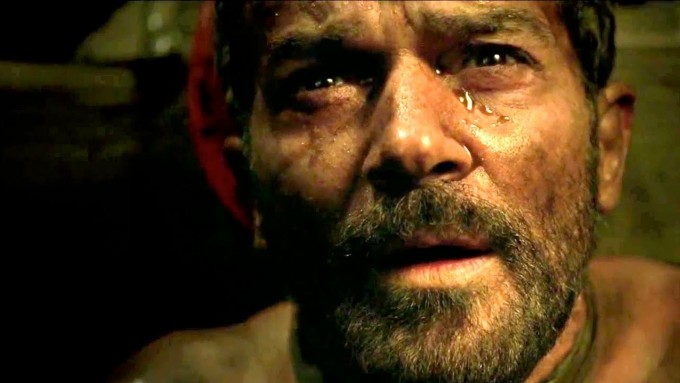 Mexican director Patricia Riggen’s account of the dramatic rescue in 2010 of 33 miners trapped for several months in Chile’s Atacama gold and copper mine is – like the cast – a mixed affair. The decision to shoot in English somehow robs the film of authenticity, and the strictly linear narrative does not help much either, since the outcome is already common knowledge.

Before the 33 miners go down on that fateful day, some of them are superficially introduced in their hometown of Copiapo: There is the expectant father who argues with his wife about the gender of the baby (born just in time for his rescue); the philanderer, whose wife quarrels openly with his mistress before he sets off and there is the troubled Dario Segovia (Raba), who sleeps on a park bench while his sister Maria (Binoche) sells the best empanadas in town. The explosion in the mine is impressive, the men running for their lives very realistic. But we return soon to stereotypes and clichés: overground, the Chilean Mining Minister (Golborne) is moved by Maria’s outburst and sets the rescue operation in action (shown as a selfless act, not a publicity stunt for his upcoming candidature in the 2013 presidential election), helped by mining experts Andre Sougarret (Byrne) and Hart (Brolin) and pushed by President Sebastian Pinero (Gunton). At least underground, where Banderas’ “Super Mario Sepulvoda” is taking over, rationing food and keeping the peace, heterogeneity is assured, even though the interaction is too often predictable. The joyous ending is played triumphantly to the full, but again we are left wondering why Maria and her brother cannot connect at first under such uplifting circumstances.

One wonders if Riggen should not have taken more risks, as in the scene when the starving miners, in a dream sequence filmed to Bellini’s “Norma”, imagine being served their favourite food by their beloved women. This breaks the predictability of the action and emphasises the strongest point of The 33: DOP Checco Varese’s images. But the script (written by a committee of five) and the international cast undermine any attempt at realism, let alone tackling the media circus in the “Camp Hope” set up at the entrance to the mine. As the final credits acknowledge, the miners were never paid compensation and the company was cleared (against all evidence) of criminal negligence, so one would have expected a little more input on these topics and less on grandstanding. And finally, it is really disappointing to see the worst clichés of yesterday’s macho world repeated in a film directed by a woman. AS