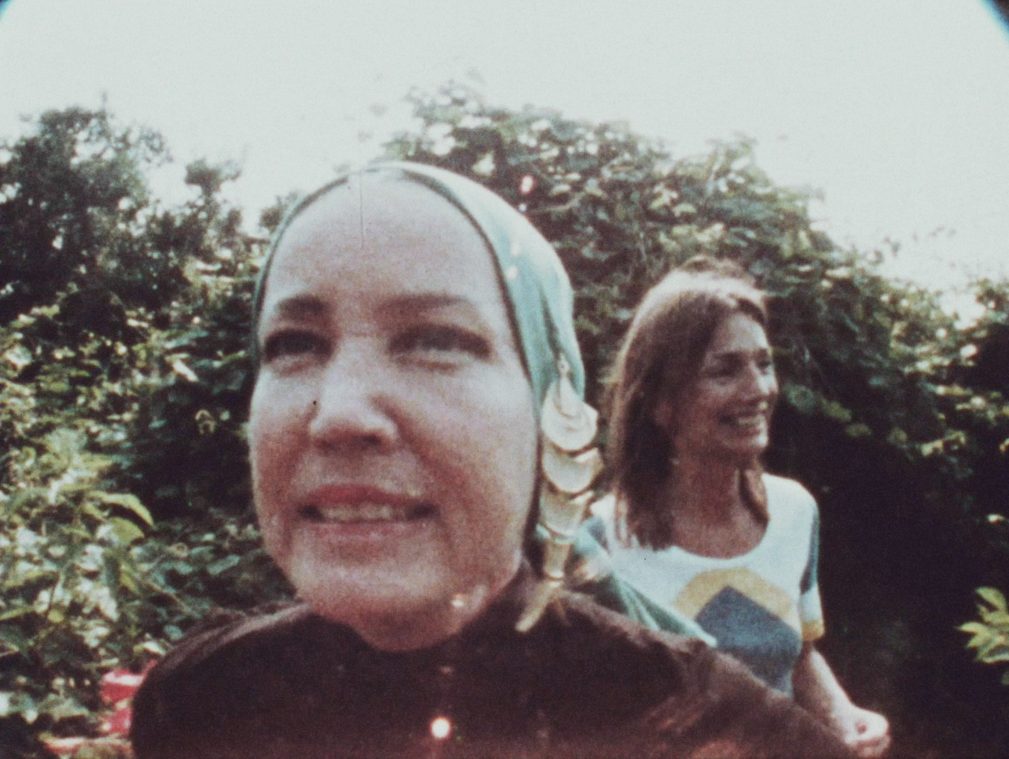 THAT SUMMER is a kind of prequel to Albert and David Maysles’ cult documentary Grey Gardens (1975) and is all about the nostalgia for nostalgia. Shot in the summer of 1972, using material by Andy Warhol, Jonas Mekas, Peter Beard and Albert Maysles, bookended (and commentated) by Peter Beard, creates his diary in collage form, this documentary is by far more direct than Grey Gardens, when it comes to its main protagonists Edith Ewing Bouvier and her daughter Edith Bouver Beale, being called lovingly Big and little Edie, who lived alone in splendid isolation in a decaying mansion since the 1930ies.

Using original film material, re-discovered after decades, director Göran Hugo Olsson (Concerning Violence) sets out to describe a magical summer in 1972, when Lee Radziwill, the younger sister of Jackie Kennedy Onassis and her friend the artist and photographer Peter Beard, spent a summer in East Hampton, Long Island. Beard, setting the tone for the feature, calls contemporary East Hampton “Cash” Hampton, a place for the rich and vulgar. But in the early 1970ies, artists like Andy Warhol (who usually preferred urban settings), Truman Capote, Mick and Bianca Jagger mingled with Jackie Onassis and her husband, who paid for the restoration of Grey Gardens, the house Big and Little Edie has lived in. Lee Radziwill directed the work, which included cleaning up cat droppings, which had accumulated during decades. The felines themselves are a main feature always posing attractively. Beard, who now lives in Montauk, not far away from Grey Gardens (which is worth around 18 million Dollar these days) talks about those months in lyrical and poetic terms: “Every minute was new, insanely funny, poignant, wild unpredictable and unmatchable… Daily soap operas amongst themselves, the most original scripts, the most paranoid gossip, remarkable historical tales. And the most unforgettable, amazing thing was getting in there – naturally the whole outside world had been padlocked out. Gaining entrance to this world of conscientious objectors: that was the mystery ticket”.

What That Summer underlines is the “castle relationship” between the two Edies: With all the work in the house going on, Radziwill and Beard trying to perform their task of modernisation, whilst mother and daughter continue their role-play like relationship, utterly dependent on each other, yet constantly at odds as they argue the smallest point. They are very much like precocious children, waiting to be asked by the ‘adults’ to perform. Which, in the end they do, singing about autumn and the dwindling, precious days.

Olsson tries very hard to get all different elements to gel but this task is nearly impossible, and what results is a slightly in-cohesive documentary that still manages to keep the audience spellbound. AS

ON RELEASE FROM 1 JUNE 2018 IN ARTHOUSE CINEMAS.