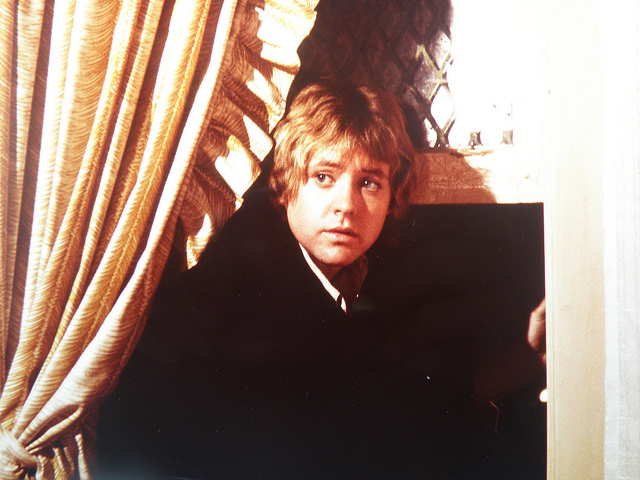 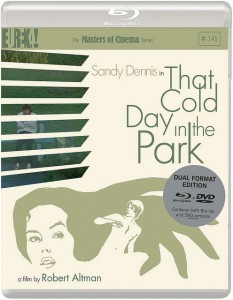 When she offers a random stranger sanctuary from the rain, a rich but lonely woman has only one thing on her mind in Robert Altman’s vapid psychological thriller.

The novel clearly captured Altman’s imagination but the film he made is a rather muted affair rendered even less affective by Laszlo Kovacs’ insipid visuals of sober domestic interiors in and around Vancouver. Back in the late 1960s the film created some buzz in the otherwise placid Pacific coastal town where cinema was hardly setting the night on fire.

Clearly, lonely rich women with no work or interests to fire them up go for the lowest common denominator where men are concerned. Frances Austen spends most of her days having a bath or an ‘extra hour in bed’ followed by a spot of light shopping before donning a dowdy housecoat to ply her aimless male house visiter with homemade titbits. An afternoon nap is then followed by introspective navel gazing as she picks her feet to Johnny Mandel’s tinkly score. But after this plausible beginning the narrative descends into torpor as the two play-act and pose. At one point Frances goes out bowling but her mischievous, naked houseguest hardly utters a word.

It comes as no surprise that this vacuous young man is up to no good and, after a brief visit to the family planning clinic where the now slightly neurotic Miss Austen is told: “some men are bigger than others”, she returns home to find The Boy helping himself to a drink and a cigar. Meanwhile unbeknown to Frances, he has been entertaining his sister (Suzanne Benton) and offering her a bath and a massage in the main bedroom while the two then traipse around naked abusing Frances’ hospitality. But things turn weird when the the now psychotic Miss Austen sexes up this rather dreary scenario by  procuring the services of a prostitute from a downtown dive, and he gamely joins this flaccid house party.

Robert Altman directs his second big screen feature with competence but Gillian Freeman’s script fails to instil any real personality in the main characters who are completely unappealing and devoid of depth. The denouement to this doomed drama surprisingly involves a great deal of desultory posturing between the sexually aggressive prostitute, The Boy, a knife and lashings of blood. MT

ON MUBI | BLURAY COURTESY OF EUREKA MASTERS OF CINEMA