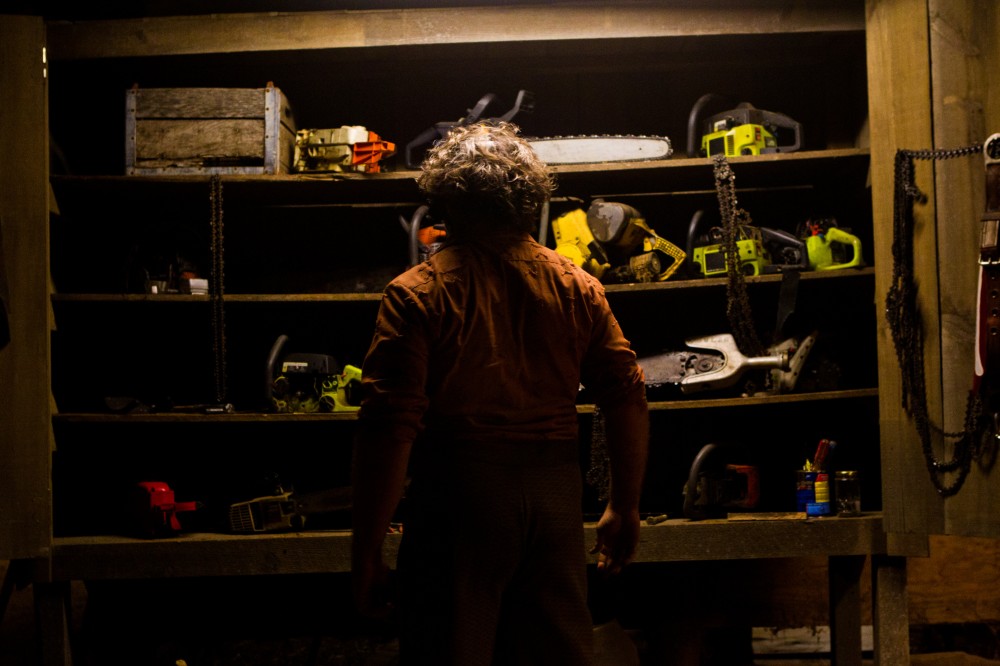 Texas Chainsaw 3D attempts to be a faithful sequel to the original groundbreaking low-budget vision of writer director Tobe Hooper. However his 1974 film was never designed to be a franchise, supporting innumerable sequels and, rather like Jaws, what was originally a truly great movie, eliciting real fear and entering the pantheon of legendary horror films, has here been subjected to that final insult, the lowest common denominator, to prise that last dollar from the death-grip of a very tired corpse: 3D.

As a reviewer, it’s always a warning sign when there are no press preview screenings. The unwritten gen being that producers know it stinks, so prefer launching it onto an unsuspecting public and gaining at least a good opening weekend, before poisonous word of mouth kills it deader than any mindless slasher killer could ever manage.

So, why is it bad? It’s remarkable, with so many writers that the story didn’t hold up from any angle. With good television drama one expects a pool of talent to make the storylines hold up under scrutiny but here, one suspects, it was a case of too many cooks in the kitchen. Huge… I mean HUGE plot holes, combined with a derivative storyline, cardboard and predictable characters and, topping it off, some very substandard acting.

Alexandra Daddario to be fair, is a super-hot lead, far too hot to be working the meat counter at a local supermarket for sure and the makers are banking on a pubescent male audience being sucked into that particular sexual vortex to the extent that they simply don’t care whether the rest of it makes any sense or not. Ironically interesting too though, that Americans don’t bat an eyelid at portraying ever more extraordinarily graphic scenes of violence against a human being, but remain so ridiculously terrified when it comes to sex. Indeed, sex is so promised, so pasted over the entirety of this film, yet it signally fails to deliver in a manner a ’70’s-made film never would.

If they had considered for a moment what makes all the seminal horror films work; the threat of violence and the bit that isn’t shown but is imagined by an audience, that is the most terrifying and therefore the most edifying part of a film. In the original, despite the title, only one person is cut up by a chainsaw and the only blood we see actually elicited by a chainsaw is upon Leatherface himself when he cuts his own leg. The genre is so massive now, so illustrious, with so many examples to draw from, one would think it might be something easier to get right. Sure, you are made to jump a few times by the unseen attack, coupled with an ear-splitting dollop of sound effects, but this, as we all seem to know, does not a horror film make.

Here we are served up a series of horror movie clichés and in horribly unimaginative fashion; the character arc of the lead makes absolutely no sense whatsoever, considering what you know of her by the end. The best bit is perhaps the montage of the 1974 original, concertinaed in to a few minutes at the outset. Dan Yeager then does his damnedest to reprise Gunnar Hansen’s brilliant, monsterful creation and the film attempts to turn the story on its head to wring a story out, but all of this is comprehensively sunk in the bloody mire they made of the script. Sense and logic left the building.

The soul, the art and the impact of the original is completely absent. Tobe Hooper needed to think very hard about just how he was going to get his opus past the censors. In many countries he failed in that endeavour; failed for 25 years in some cases. And isn’t that the greatest compliment; the mark of a true Horror Film? Something that has a genuine bite; that moves the genre forward and does so by using what it chooses to leave out. By conjuring up a sustained and escalating threat.

Blockbuster upon tent-pole blockbuster hitting our screens year upon year; CGI leaping forward as never before in its ability to depict the previously impossible with ever finer detail. A new reality. But, spinning breathless under the weight of all the technology now at our disposal, we have perhaps neglectfully left behind the art of filmmaking. ARajan