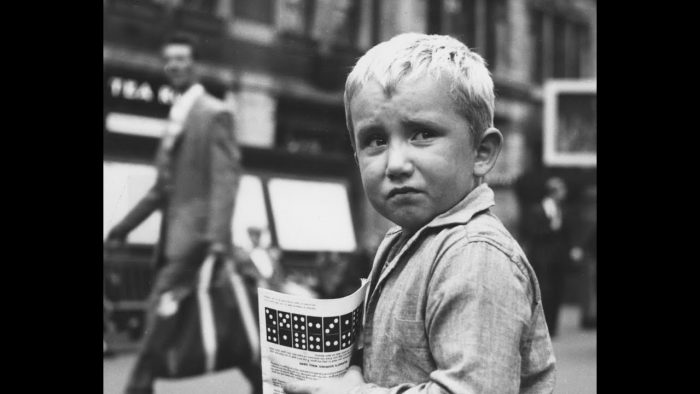 This was John Schlesinger’s last documentary, having started his career as a TV director for ‘Monitor’. His first feature A Kind of Loving (1962) was part of the New British Cinema, but Schlesinger would soon find a place in Hollywood, where he would cast Julie Christie in the classic Far from the Madding Crowd (1967) and go on to secure an Oscar for Midnight Cowboy (1969), amongst other successes in a muscular body of work that encompassed 50 years of the 20th century. Schlesinger’s gift to cinema was his varied depiction of gender relations and his ability to convey complex emotions sensitively and eloquently through multi-layered characterisations. And this is picked up here in the passengers’ comings and goings, their greetings and goodbyes, their anticipation, elation and anguish, in particular, seen through the little boy who gets separated from his mother, a situation that resonates for everyone. Set to Ron Grainer’s mellow original score there is a rhythmic quality to Kenneth HIggins’ black and white camerawork.

Terminus was shot in one day in Waterloo Station in the style of the cinema verité, and won him a BAFTA and the Golden Lion at Venice. Ken Higgin’s black-and-white images are grainy, but even today have lost none of their poignant meaning; together with the direct sound (and no-commentary or voice-over) they encapsulate British society at large on its way into a decade of technology, youth culture and liberation. Other little stories emerge – the woman who’s lost her umbrella – the camera often ‘finds’ different people again, before losing them in the turmoil. The three-class system in carriages had been reduced to two after nationalisation, but nevertheless, the rigid segregation is still visible. The stories of marriage, work and petit crime allow a kaleidoscopic view. Train journeys, in life and in the cinema can be a real life changer, as in Schlesinger’s second feature Billy Liar. There is a seriousness in Schlesinger’s approach, which can be seen on the faces of the travellers: the close-ups say very much about those involved. Schlesinger never objectifies his protagonists, always leaving them in control.

Terminus was one of 140 short documentaries produced by Edgar Anstey, a protégé of the great John Grieson. Anstey not only worked, like in this case, for the British Transport Film, but also for the BBC.