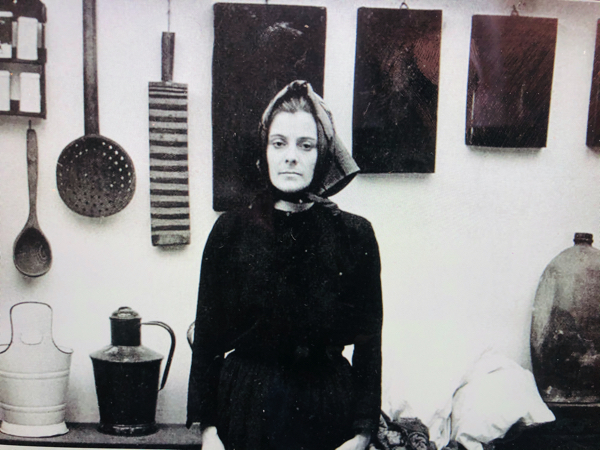 Notable for its arthouse depiction of the fate of Hungarian peasantry in the last century, the central character Istvan Szeles comes to life in a portrait of vulnerability, humiliation, and social deprivation during Stalin’s collectivisation.

Five years in the making director/co-writer Ferenc Kosa started the project while still at film school and the finished result was his graduation film in 1965. It stayed on the back burner for two years while the authorities asked for changes  to be made – and were not keen about it being in the line-up at Cannes Film Festival in 1967, where it won Best Director. Needless to say, a ‘sanitised’ version later found its way onto cinema screens in Hungary.

The fractured narrative flips backwards and forwards, opening during collectivisation when a huge hydroglobus arrives in the village were Istvan (Molnar) lives with his family, just as his son (Kozar) is leaving to join the Navy. Istvan admits to having attempted suicide. He is a lonely man, an idealist at heart, caring more for his family than himself.

The action then returns to the titular ten thousand suns during the 1930s, when Istvan met his wife Juli (Gyöngi) while the two were working for the wealthy landowner Bakogh (Rajz). His close friend Fülöp (Kottai) follows him through the story, often getting them both into trouble, such as the time when they steal hay from the landowner so they can heat their meagre living conditions. Work is gruelling but they decide not to join a strike at the factory, preferring to put food on the table for their families. Their refusal to put down tools with the rest of the workers, along with their colleague Mihaly (Nyers), provokes an angry reaction and they are called ‘scabs’.

We jump forward to the period after the Second World War, after the first wave of collectivisation. Istvan and and Mihaly are angry about the authorities confiscating their grain. Fülöp becomes an ardent supporter of the Communist Party and its policies, Mihaly is then killed by a police officer and Istvan is accused of not having stopped the fight, and for the ‘theft’ of the grain. He is imprisoned in Recski, a copper mine used as a work camp. After his release, he returns to his village where Fülöp is now enjoying the privileges of a leading communist activist.

We then move to the time of the uprising in 1956 – which is called a ‘revolution’, something the censorship would not allow. Fülöp and three of his comrades find themselves in front of a firing squad and Istvan becomes a victim of clinical depression, and tries to hang himself. The censors would have preferred a much happier ending, but this one somehow gets through.

In its stark monochrome aesthetic, Ten Thousand Suns is strikingly beautiful, shot by Sandor Sara, with whom Kosa would go on to develop a long collaboration, as he did with his  writer Sandor Csoori. Despite the harsh subject matter, Kosa and Sara find a symbolic way of developing a poetic realist style which goes much farther than a pure critique of the Stalinist state.