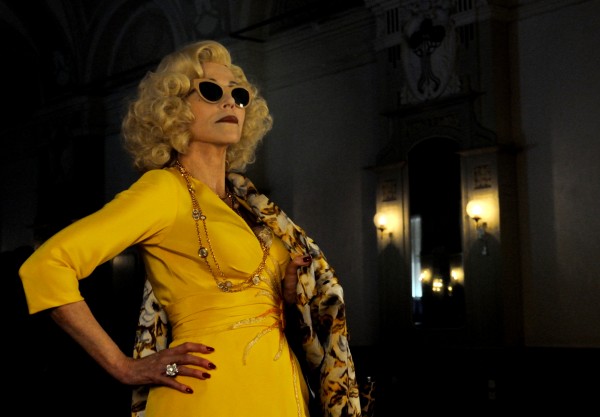 As the film year gets underway there’s plenty to look forward to indiefilm-wise. Last year was all about strong performances and once again 2016 starts with the old professionals leading the way and some great new talent on the block taking us into the Spring. Documentaries are becoming more and more popular as they act as a sort of cultural exchange between countries, and in this list the American filmmakers really come up trumps.

But back in Europe, Sorrentino’s first film in English, YOUTH, opens with the Sicilian director’s signature razzmatazz and rhythm: a girl singing on a revolving bandstand in a luxurious Swiss mountainside Hotel, possibly Davos. This is where Michael Caine  is meditating the future as retired conductor Fred Ballinger; missing his wife but not his music. Joined by his film director friend, Mick (Harvey Keitel) they contemplate their lives and their married kids, Lena and Julian, (Wiesz and Stoppard respectively) and indulge in witty truisms. YOUTH is a leisurely-paced drama that feels like a languorous stroll down memory lane punctuated by explositions of dramatic choreography and entertaining vignettes from Jane Fonda as a actress friend of the men; a gorgeous prostitute who services the male guests; a couple who sit in silence at dinner (like the pair in Consequences of Love) and an obese footballer who can barely breathe. 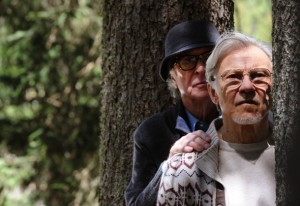 Weaving through the evergreen themes of ageing, memory and the continued fulfillment of physical and emotional love, the three-stranded storyline explores Lena’s sudden break-up with Julian, on the grounds that he has found a better better lover, (she spends the rest of the film justifying why she’s good in bed to anyone who’ll listen), a visit by an emissary from Her Majesty requesting a private performance for Prince Philip of his “Simple Songs” and Mick’s efforts to complete his film script with the ‘legendary’ Brenda Morel (Fonda). As a side show, Paul Dano, plays another filmmaker guest, empathising with Fred on the subject of fame and being type-cast by previous successes. YOUTH works best in the scenes involving Keitel and Caine who create some tenderly emotional moments and pleasant comedy. Caine is especially good as the staid yet sensitive ageing conductor – he’s rather formal, similar in some ways to Toni Servillo’s Tito di Girolamo, the lead in Sorrentino’s Consequences of Love, Sorrentino’s first and most satisfying drama. ON GENERAL RELEASE 29 JANUARY 2016 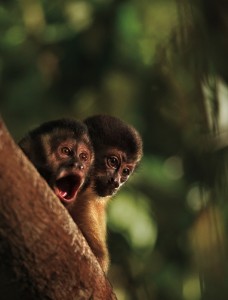 AMAZONIA is Brazilian helmer Thierry Rogobert’s eye-popping 3D docudrama filmed entirely in the Amazon jungle. Crafting an absorbing and tense adventure story, AMAZONIA follows Kong, an endearingly cute baby cappucine monkey, who is left to his own devices as the sole survivor of a plane crash that leaves him stranded deep in the Brazilian rainforest.

From the opening sequences we instantly bond with Kong. As his bewildered little face looks up at the camera, our natural instincts come to the fore with a strong desire to protect him on his journey fending for himself in the unknown wild. Apart the natural ambient sounds of the forest: rain and random predators, Rogobert’s film is entirely unscripted providing a rich visual canvas of vibrant and exotic flora on which to meditate on Kong’s eventful journey and its surprising outcome. David Attenborough will be proud!. OUT IN FEBRUARY 2016

In JANIS: LITTLE GIRL BLUE Amy Berg offers up a treasure trove of musical footage and interviews to flesh out a voluptuously generous portrait of the American sixties singer who sang from the heart and was tenderly in touch with her emotions: “maybe ambition is a quest for love, lots of love”. 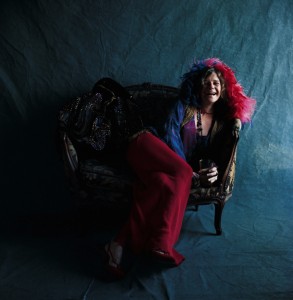 Janis Joplin’s life was cut short when she died on October 4th, 1970 at the age of only 27, in the midst of a musical odyssey that had started to take a promising professional turn. In an era where most women were being housewives and mothers, Joplin was pushing out the boundaries of a musical career. Berg focuses on Joplin’s overwhelming desire to engage and interact with her audience rather than to be a star standing alone on a stage: “I like Music because it comes from emotion and creates emotion”. And this emphasis on her music as a gift to inspire is what ultimately makes Berg’s documentary JANIS: LITTLE GIRL BLUE a winner on a human level. OUT ON 5 FEBRUARY 2016

Slim yet charismatically captured by writer director Felix Thompson in a feature debut that won him the Fesitval audience award at Tribeca this year, KING JACK takes place one low-key summer in leafy New York state. 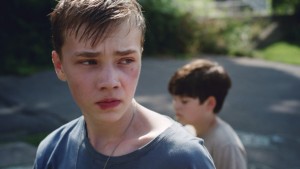 Charlie Plummer plays the Jack in question, the put-upon youngest son of a working class one parent family, who must fight or fall between the cracks, in this poignantly-painted social realist drama. A visit from his younger cousin Ben (Cory Nichols) gives Jack a chance to pull rank and turn the tables on the little boy in a charmingly protective way never extended to him by his tough older brother or his over-worked depressive mother. This arthouse pleaser is authentically told. The touch is light, fresh and honest, the visuals breathtakingly limpid and the tone gently playful without ever resorting to sombre sentimentality or hard-edged intent, although the occasional burst of violence is sharp and short-lived. Not a great deal happens that we haven’t seen before: boyish pranks jostle with pubescent longings and ‘i’ll show you mine if you show me yours’ gameplay, as the boys grow up and get to know the local more mature girls. But its a winning formula that will keep teenage audiences on tenterhooks and the arthouse crowd immersed in its soft-peddle dramatic tension and its rites of passage storyline. OUT ON 26 FEBRUARY 2016 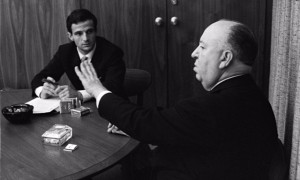 HITCHCOCK/TRUFFAUT is a treat for cineastes and mainstream audiences who enjoy a well-made documentary about the auteurs of the 20th film.  Although intended as a companion piece to François Truffaut’s eponymous book (that followed his 1962 interview with the ‘master of suspense’), it really concentrates on Hitchcock; his methods and his musings. Director Kent Jones has really excelled himself here with an epicurean delight for film-buffs everywhere. Not only do we get ‘Hitch’ and Truffaut but also David Fincher, Martin Scorsese, Wes Anderson, Peter Bogdanovich and other top-drawer directors opining on the subject of how Hitchcock influenced and formed them, cinematically-speaking. It plays out like a masterclass in filmmaking – all in 80 glorious minutes, making you want to rush home and watch his Hitchcock’s entire oeuvre in a darkened room. OUT ON 4 MARCH 4, 2016