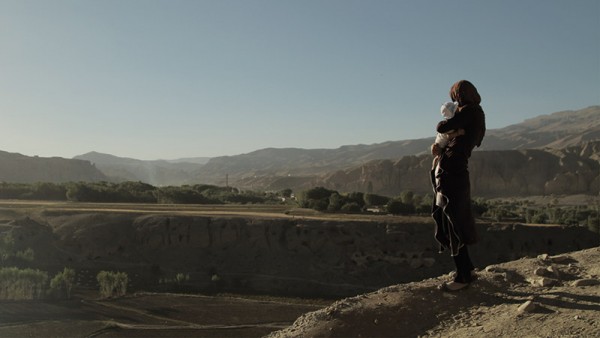 The Heavy Weapons Company, 3rd brigade, 215 Corps of the Afghan National Army (ANA) has the thankless task of serving in the Gereshk River Valley in Helmand Province, named “Bomb Alley” by NATO troops. The location has been used many times for British films about soldiers in this lethal area. With NATO troops gone in 2014, the ANA has to fight the resurgent Taliban, very much on its own.

This is a personal documentary, told from the perspective of Captain Jalaluddin and Private Sunnatullah, the latter fighting since 2001. The most difficult aspect of their struggle is that the Taliban soldiers are hiding everywhere and even if they are captured by the regular army they are often released without further investigation after a few days. Some soldiers are angry and want to tie the Taliban to the back of their Humvees, but the interrogations are civil for the most part. Another problem is the continuing cultivation of opium. The farmers only admit to growing wheat, “the opium is on my cousins field”.

In their military base, an old sign left by American troops proclaims “God bless our troops, particularly the snipers”. The soldiers admit that they wanted NATO to pull out, but not so early. They have no illusions about their own government: “The government is a puppet of the Americans, but we still want to fight the Taliban”. And: “NATO achieved their own goals and left”. There are no illusions either about their own status: Most of the soldiers left school at the age of 15, they are “the poor and hopeless, who are asked to serve and say yes”. They often lie to their families about the danger they are facing, more afraid what their death would mean to their families, than actually dying.

The 3rd Brigade is sent to Sangin province, since the Taliban has started the largest offensive for 13 years. Sangin is a strategically important province, if it would fall to the Taliban, the surrounding district would soon be also in the hands of the Taliban. The 3rd brigade was promised that their stay in Sangin would last for just 24 hours, but in the end it lasted 45 days. The unit was soon encircled by the Taliban, which had stormed a police HQ, and gained all the heavy weapons, with which they were decimating the 3rd brigade, fighting from a little fort. The men have nearly given up hope, since the supporting troops have left them. But somehow, they are relieved, only to watch the wounded to be operated on, and mourning their dead friends. One soldier quotes a poem, which gave the film the title: “Tell spring not to come this year, not to cover the land with its shroud, let no nightingale sing, oh my country, alas my country.”

In their strictly non-judgemental approach, the directors try not to give their film any deeper meaning: it speaks for itself. Senseless deaths for over 14 years have taken their toll; but it is surprising how clear the soldiers see their situation, and how sane they are still, after witnessing the butchering of friends and foes. There can be no winners and losers; just the dead, to whom this documentary is dedicated: 30 soldiers were killed during filming, on top of countless civilians. AS

REVIEWED DURING THE CAMBRIDGE FILM FESTIVAL 2015 | NOW ON GENERAL RELEASE