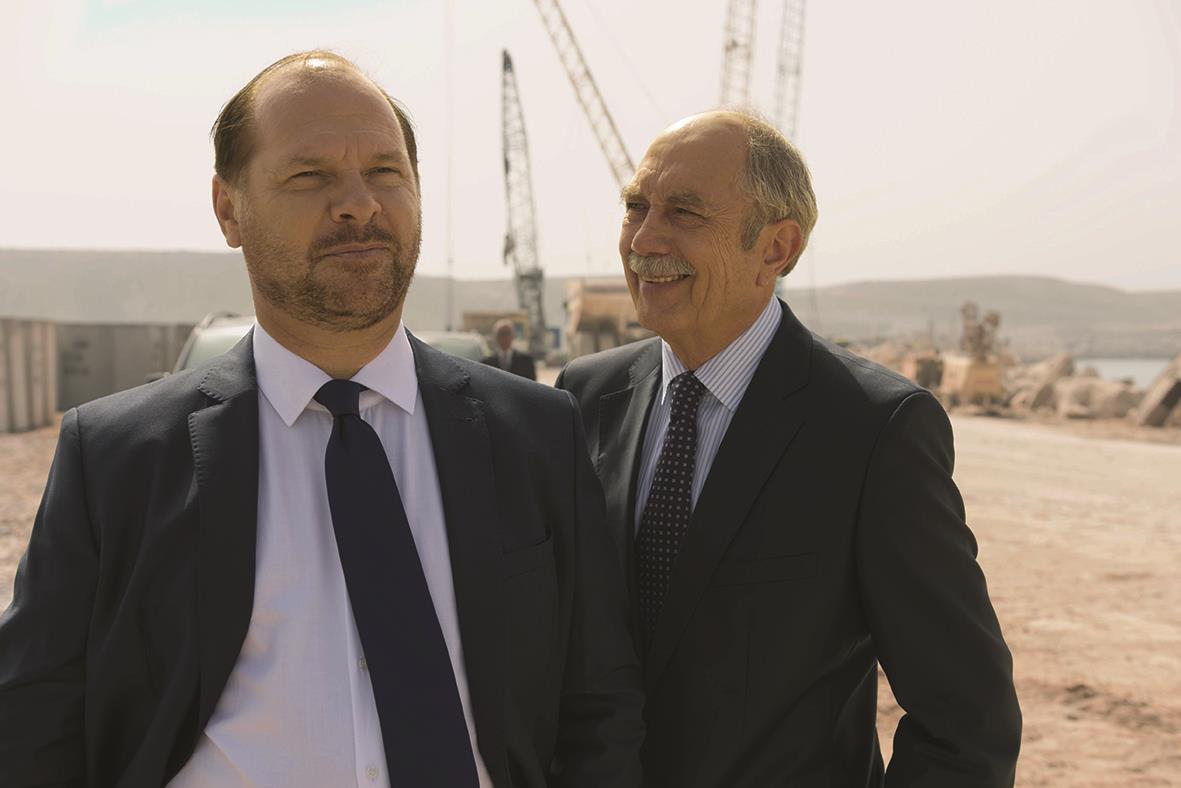 Hungarian filmmaker Balint Kenyeres is best known for his Cannes awarded short film Before Dawn and The History Of Aviation which opened the Directors’ Fortnight in 2009.

In this paradoxical psychological thriller Romanian actor Vlad Ivanov (Toni Erdmann/Sunset) plays Victor Ganz, an architect/builder who fetches up in North Africa on a business trip that will lead him into a place of unreliable memories and exotic characters. Slowly he plunges into a labyrinthine world where present and past collide, as the future gradually closes in on him – or so it would initially seem.

In HIER Hungarian auteur Balint Kenyeres creates a scenario where a seemingly decent businessman travels to an exotic country where nothing is what it appears to be. On his arrival at the bustling port Victor cuts a reassuringly suave figure at the wheel of his Swiss registered black Range Rover on route to a 5-star hotel through the shabby streets of the souk. He gives short shrift to the locals, throwing his weight around with the local cultural attaché and barks orders to his staff back home on a mobile ‘phone. On the face of it, he is the sophisticated European on a mission connected to some property he bought many years ago on a previous visit. After the affairs of the day, he retreats into the shady backstreet where the local bar The offers lives music of a chance to ‘kick back’ with an old acquaintance. But this is where the mood changes and grows more sinister as echoes of the past flood back to a long-lost lover who has mysteriously disappeared. At this point, we assume that Victor is going through some kind of mid-life crisis, as he will never be the same again. Or is the the real man emerging from behind the soigné persona. After making probing inquiries, a scuffle breaks out and Victor wakes the next morning in a building site being robbed by two young boys who make off with his wallet. Injured and empty handed, he makes his way to the villa of another old friend who sets him up with fresh clothes and the briefcase left behind on his last visit. But on the way to the airport his cranky old bus breaks down and leaves him stranded in the middle of nowhere. Perpetually making telephone calls home, Victor promises to be on the next plane home but there is no urgency in his desire to leave, the search for his old lover propelling the narrative further and further into remote corners of the desert as he desperately questions each random contact for information that may lead to the mysterious woman.

HIER is a strange and beguiling thriller with a tense undertow that makes it watchable and compelling. Shooting in Super 16, Kenveres achieves just the right grainy 90s feel without it being a retro affair. The essence of the story lies with the character of Victor, and gradually we start to question his motives. Apart from being unlikeable and difficult to connect with, he lacks conviction as a businessman or an architect, for that matter, once he moves away from the respectable surroundings of his comfortable hotel. Initially we believe in Victor: he seems plausible enoug and businesslike, going about his days with a sense of purpose. But gradually Victor becomes an unreliable witness to proceedings, an antihero unable to stick to his timetable or even stand by his word, let alone his memory. He brushes people up the wrong way, continually oversleeps and is deceitful to his partner waiting for him at home: He is the proverbial ‘man with feet of clay’; and whilst we identify with his situation, we certainly don’t identify with the way he handles it, driven by a near psychotic desire to uncover the past and obsessed with this enigmatic woman who he names ‘Sonia”. Kenyeres’ script continually subverts our expectations in his paradoxical film. The characters Victor meets in his alien surroundings prove to be increasingly more solid and reliable than he is: an old doctor who kindly stitches up his wounds; a professor researching into hyaenas and a friendly shopkeeper who finally puts him on the right trail. But Victor rewards the kindness of these strangers with truculence – even stealing the professor’s jeep – as his behaviour deteriorates into a state of lust-crazed psychosis. The enigmatic denouement is left to the imagination, making it even more powerful as the antihero is finally trounced by the very people he previously held in disdain. It’s an inventive idea for a story and Kenyeres pulls off. He raises vital questions about social stereotypes and the human condition – can we really reliably connect, identify and compare our own experiences with those of another person? And this is the crux of this unusual and compelling existential thriller. MT