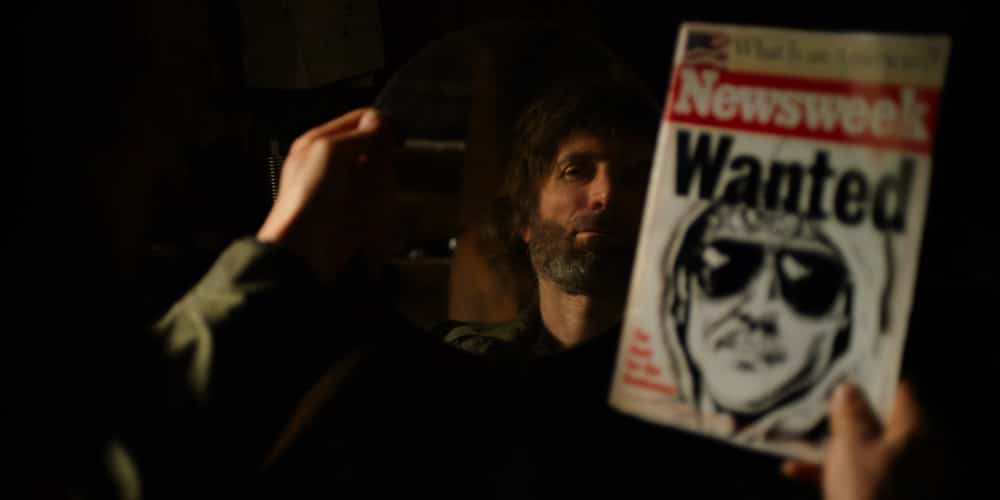 We’ve all felt stressed out by noise and leaf blowers or that Tesco doesn’t stock our favourite break anymore but terrorist Ted Kaczynski took things a stage further killing three people and injuring 23 in his attempt to bring about “a revolution against the industrial system”.

“Yesterday was quite good, the only disruptive sounds were nine evil jets.” wrote Ted, a Harvard Maths professor, in his diary of 25,000 pages penned in the seclusion of a wood cabin in deepest Montana and his sanctuary after dropping out of a society he had grown to hate with a vengeance, Ted is the infamous Unabomber.

Tony Stone’s study of mental disintegration is a slick and engaging procedural drama that moves tensely through its paces to show how a brilliant albeit emotionally disconnected son and brother become a domestic terrorist, prompting the largest manhunt in FBI history. The film focuses on the final seven years from the late 1980s to his capture in 1996 and is screening in Berlin’s Panorama section at this year’s festival.

But Ted K never uncovers what drove Kaczynski  into isolation in the first place although we certainly get a glimpse of his family background, through fraught conversations, particularly with his mother who had possibly played her part in his complex personality disorder, and he rails at her in one phone booth conversation, blaming her for his dysfunctional relationship with the opposite sex, claiming to have never touched a woman despite being, by now, well into his forties.

Sharlto Copley makes a formidable lead as the geekishly sinister ‘Basil Fawly’ type character. An unknowable action man who vehemently competes against the elements in the stunningly photographed landscapes of the Big Sky Country on the borders of Canada. There’s a distinct retro feel to the small-town locations where Ted arrives on his easy rider bike to research his victims in computer shops, where one assistant shows him how to correct a sentence on a new-fangled word processor. You can feel the anger coiled like spring beneath his well-formed physique – Christian Bale could have been another contender for the part – although Copley has a meaner look to his craggy features and although irritated by noise and machinery, we see him carefully blow-drying his hair in the mirror after hitting himself on the nose with a brick. And there’s a fascination to watching him go about his daily tasks, often swearing under his breath in terse exchanges, especially when confronted by women.

Stone clearly speculates about Ted – clearly he’s no charmer in the style of Ted Bundy or Jeffrey Dharmer who were more intimately concerned with killing their victims. Ted K is all about reclusiveness but he still talks of the tremendous relief at ‘getting his own back’ after after sending mail bombs to his imagined adversaries. Ted’s concern is a more ‘noble’ one aimed at those he blames for destroying nature and allowing technology to take over society’s wellbeing. Rather than intellectually engaging with those causing the damage, he strikes back like a wounded animal, killing them.

Stone makes atmospheric use of an electronic score by Blanck Mass that alternates with soothing classical vibes from Schubert’s No 2, Op 100 (that Kubrick memorably used in Barry Lyndon) But Copley makes no attempt to embroider or dress up the banal evil of his character playing him as a straightforward Mr Angry from Montana whose dour prickly introspection does lighten up a touch when a pleasant woman smiles at him in a shop. Stone’s portrait is more fascinating than thrilling but he doesn’t attempt to fashion it into an arthouse extravaganza – in the style of The True History of the Kelly Gang, and in some ways this is to film’s credit in portraying Kaczynski’s ordinariness and social dislocation. He is a deeply wounded man crying out for attention and rehabilitation. Or at least that’s what comes across in this watchable study of loneliness and desperation. MT