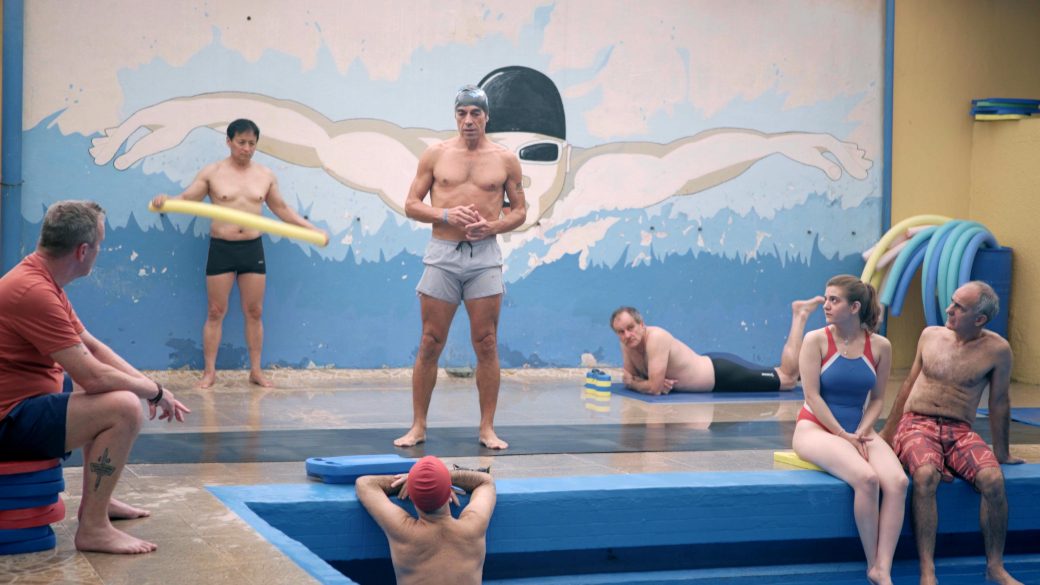 The Falklands War (1982-84)  took the lives of 655 Argentinian and 255 British soldiers. It ended in Argentina’s military defeat and in territorial claims on both sides that remain contentious to this day.
Experimental in nature, this frank and often moving film essay from Argentinian artist and filmmaker Lola Arias tries to discover if past trauma can ever be resolved by collectively revisiting the memories by giving soldiers from both sides a chance to explore their feelings and even re-enact their experiences 34 years after hostilities officially ended. This is an illuminating piece of filmmaking that puts us at the cutting edge of the combat through face to face interviews; news footage and staged episodes of the conflict enacted by those who actually took part.

Now in their early 50s, the 12 veterans from both sides, bear their souls in a piece that swings between moments of anguish and absurd comedy. At one point the men even break into song and perform together in a rock band, emoting and finding a cathartic outlet for their anxiety from the past. This makes for an interactive cinema – the soldiers finding a space to release their trauma and viewers experiencing the full throttle of their pain – and even elation. An engaging piece of cinema that grapples with the coal face of conflict in new and inventive ways. MT