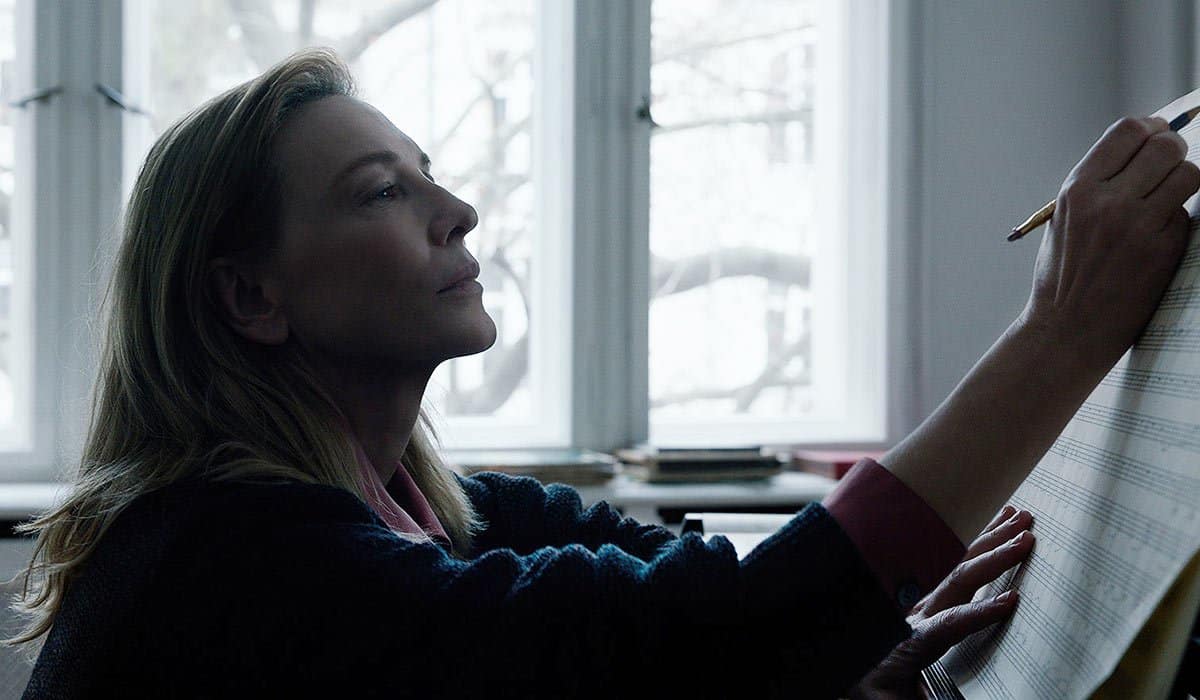 Cate Blanchett is sheer dynamite – allegedly mastering fluent German – as a world famous musician foisted by her own petard in this hefty near three hour biopic from US director Todd Field.

Field, in his first film since Little Children (2006), firmly establishes the gravitas of Lydia Tár’s prestigious position as head conductor of the Berlin Philharmonic in the prodigious opening scenes of a feature which luxuriates in its endlessly fascinating main character; her peripatetic high-net-worth lifestyle amongst the great and the good, her pioneering grit and perseverance in accomplishing her multiple worthy achievements: now at the zenith of her career she is a pianist, composer, conductor and successful family woman who has adopted a Syrian refugee with lover Sharon Goodnow (the ever luminous Nina Hoss) and is seemingly in-eclipsible, or so it would seem.

Slow-burning towards a coruscating crescendo after a languorous, immersive overture, Tár’s denouement is decidedly gut-punching. Certainly a film for committed cineastes or fans of classical music, this is heavyweight stuff but a magnum opus for Field and a tour de force par excellence for Blanchett. MT