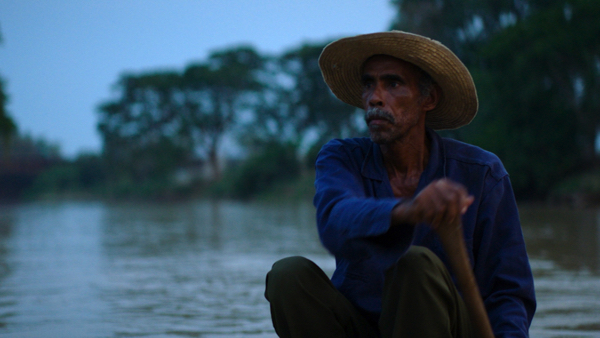 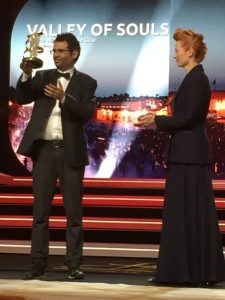 Valley of Souls revisits a devastating chapter in Colombian history when locals were killed or forced out of their own country by right-wing militia. Belgian director Nicolás Rincón Gille makes the social realist drama even more haunting by casting Colombians who were directly affected by the tragedy back in 2002.

This Neo-Western sees its hero Jose on a quest for the truth, his striking features and epic intensity burning fearlessly against the rain forest and riverbanks of this subtropical paradise.

Jose has returned from a day’s fishing to discover the forces have killed his two sons Rafaele and Dionisio, and thrown their bodies into the river. These thugs are known locally as the United Self-Defenders of Colombia (AUC) – but worse – they have sprayed the slogan “Death and Purification” onto Jose’s fishing hut.

Honourable in the face of anger and sadness, Jose must find their bodies and give them a decent Christian burial. So he sets off fearlessly into the unknown on a journey that some may find rather too slow-burning, but echoes of Ciro Guerra’s Embrace of the Serpent and even Argentinian drama Rojo are clearly felt. Survival with be difficult in this hostile territory and, even if he finds his children, removing their bodies from the water is an act punishable by death. The river he once loved and relied upon for his livelihood is now transformed into a place of horror and mourning and the macabre backdrop to his sons’ final moments.

He finds Rafael very soon after setting off and the young man’s body becomes a weirdly comforting companion in his canoe as he continues his odyssey into the heart of darkness. One encounter sees him bravely confronting two violent paramilitaries who goad him into stripping the hapless body of a dead friend of his, just to give them the watch and necklace. Another finds him face to face with the head honcho who force feeds him a thin soup until he manages to slip away as the soldiers are celebrating a win for their sporting hero on TV.

D0P Juan Sarmiento G. shoots on an Arri mini Alexa his magnificent widescreen images doing justice to the enormity of the situation and offering up a visual masterpiece even when the story starts to slow down midway.

But Jose is certainly a tragic hero who perseveres indomitably even when this involves digging up an entire graveyard of fresh corpses to see if his son is amongst them. Naturally, this is done with gravity and respect; he even uses his own green and yellow Brazilian football T-shirt as a shroud in an act that carries with it an almost poetic sense of dignity.

Colombian cinema has really taken off recently and Valley of Souls is just another in the vast wealth of films coming out of South America today. MT