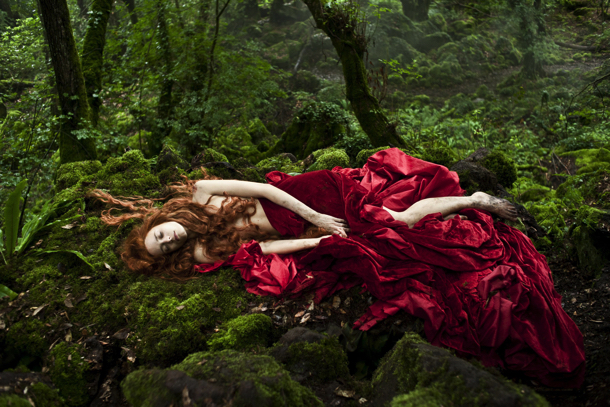 Matteo Garrone’s TALE OF TALES is an orgiastic fairytale romp in sumptuous costumes far away from the real world. Based on the fables of the 16th-century Neapolitan poet and scholar Giambattista Basile, this splendid offering is an imaginative blend that echoes Beauty and the Beast, The Singing Ringing Tree, Immoral Tales, Dante’s Divine Comedia  and every other trip to fantasy that literature has offered since the beginning of time. To watch it is to surrender to a mythical realm of the senses steeped in madness, magnificence and medieval bodily fluids – a dark and sinuously sensual world of pain and wicked pleasure.

Three fables intertwine from neighbouring imagined kingdoms drawn from the Pentamerone, a 17th-century book of Neapolitan folk stories compiled by the Italian poet Giambattista Basile: In Selvascura (Dark Wood) Selma Hayek and John C Reilly play a troubled King and Queen desperate for royal offspring. Their efforts to procreate lead them to a soothsayer who offers a remedy that results in ghastly albino twins.

Meanwhile, in Roccaforte (Strong Wood), a aptly-cast Vincent Cassel plays a corrupt and sex-obsessed King who has slept with all the available maidens in his pleasure-filled kingdom. When he becomes bewitched by the singing of a old woman, who he imagines to be a sexy nubile girl, he goes in hot pursuit of his prey. When she finally agrees to entertain him during the hours of darkness, Dora (played successively by Hayley Carmichael and Stacy Martin) emerges in her full glory, to his utter horror.

In the third Kingdom, Altomonte (Top of the Mountain) a tearful and cheerful Toby Jones plays a deranged King who decides to challenge his daughter Viola’s suitors with a bizarre test involving a giant flea the size of a cinquecento, reared tenderly in his palace. You can’t imagine the horrific outcome here.

Despite this extraordinary spectacle of grotesque black comedy – some of which is quite outlandish – the tone of TALE OF TALES is completely serious and dead pan and there are clearly stark moral lessons to be learnt from the wise Basile’s writings: Selma Hayek has the ridiculous task of devouring a giant bleeding heart, with utter dedication rather than horror. And Toby Jones is simply wonderful as the detached and mournful King, offering his daughter in marriage to the man who guesses the identity of a bizarre animal hide. Peter Suschitzky’s inventive cinematography sets this fantasy world on fire and Dimitri Capuani’s set design conjures up jewel-like contrasts from glowing candlelit interiors to sun-filled set pieces where Massimo Cantini Parrini’s gorgeous cossies glow vibrantly in gem-like crimson and indigo against pristine white and woodland green. A sumptuous treat. MT