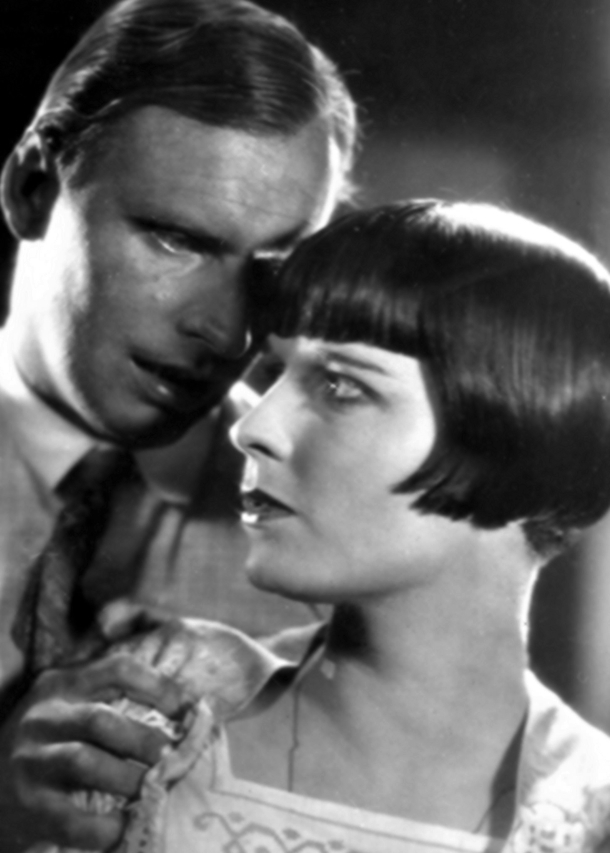 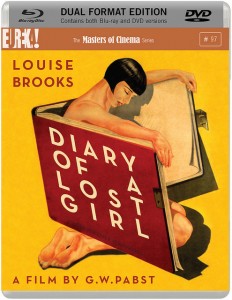 G.W. Pabst (1885-1967) was one of the main proponents of what Kracauer called “Die Neue Sachlichkeit” (New Objectivism) and was called the “red Pabst”, because he was the most left-wing of the established directors of German Cinema during the Weimarer Republic.  It is hard to believe that between 1925 and 1931 he directed classic productions like Die Freudlose Gasse, Geheimnisse einer Seele, Die Büchse der Pandora, Westfront 1918, The Three Penny Opera and Kameradschaft. His return to Nazi-Germany in the late 30s came as a shock, and ruined his post-war career.

All the modern heroes of his films: the engineers, students, workers and clerk, are fighting for their existence in the inter-war years, they don’t need war as an excuse to die. Everywhere machines seems to gobble them up; even nature, in the mountain world of “Piz Palü“, is deadly. He will be remembered for his female heroines: Asta Nielsen and Greta Garbo in Die Freudlose Gasse and Louise Brooks in Pandora and TAGEBUCH EINER VERLORENEN.

Pabst opens TAGEBUCH with a close-up: Thymian is looking at her diary, a present from an aunt. Later on, Thymian (Brooks), daughter of the pharmacist Henning, is seduced by his assistant Meinert (Rasp). After falling pregnant, her family puts the child up for adoption and punishes Thymian with a stay in a strict reform school. Together with her new friend Erika, Thymian escapes, but when she finds her child, it is already in a coffin. For a short time she lands in a bordello before an inheritance (which she rejects in favour of her half-sisters), leads to a marriage with a nobleman – and a visit to her old reform-school where she liberates Erika, who had been re-admitted.

Needless to say, censorship was strict: in September 1929 the film was shown with cuts of arount ten minutes, in December a higher inspecting authority (“Oberprüfstelle”) had all copies confiscated and cut a further three minutes before the release in January 1930. Among the cuts where the scene in the bordello because “It is corruptive to watch when the girls go with one gentleman after the other into bedrooms, where the exchange of money is shown”. One of the most brilliant moments of TAGEBUCH, when Valeska Gert as the manic directress of the reform school is gyrating in a sexually agitated way (the Weimar equivalent of ‘twerking’), was also a victim of the censors: “It is impossible to show the scene in the reform school as a mixture of Christianity and sadism – it is clearly seen as a violation of religious feelings”.

Whereas the writer Carl Mayer was the leading figure of early 20s German cinema; G.W. Pabst dominated the latter half. Every detail in his films has a presence which does not allow metaphysical association. Lighting, the movement of the objects, the wild camera and eclectic angles, all this was changed by Pabst and formed into something new: there is nothing but the scene itself, the present dominates through intensity. Pabst seems only to show the surface, but in such a way as to allow us to delve beyond and below: exposing the workings of society. AS

SPECIAL DUAL-FORMAT BLU-RAY AND DVD EDITION ON 24 NOVEMBER 2014, AS PART OF THE MASTERS OF CINEMA COLLECTION