Every so often you get a central performance that far outweighs the overall quality of the film itself. Take Al Pacino in Scent of a Woman, or pretty much any film Daniel Day-Lewis has appeared in, and now we have another entry into that exclusive list, as Michael Shannon turns in a remarkably harrowing performance in Ariel Vromen’s biopic of notorious contract killer Richard Kuklinski. A performance that does enough to ensure The Iceman, though flawed, remains a commendable crime thriller worth seeking out.

Beginning in 1986, we witness a weary and discontented Kuklinski, having finally been arrested after what is feared to be over 100 contracted murders. The ageing killer then proceeds to recount his life tale, explaining how this innocent youngster became one of the most feared assassins of all time. Kuklinski had a loving wife (Winona Ryder) and two young daughters, and while they believed he was making a success of himself in the financial world, he had in fact been recruited by crime lord Roy Demeo (Ray Liotta) to take out hits on his behalf. As the money began to pour in and Kuklinski developed a taste for it, he spiralled further into a dark and dangerous world, while managing to keep his lifestyle a secret from his adoring family.

In what is an intense character study, Shannon pulls out all of the stops in his performance, fully embodying the role at hand. He plays Kuklinski with a guarded nature, disallowing any of his emotions to filter through to the viewer, though every now and again he lets you in, which feels so precious given its rarity. Physically he is perfect casting too, as his gangly demeanour adds to the chilling aspects of the role, while he has an intensity that prevents the viewer from ever taking their eyes off our protagonist. Shannon plays him as an empathetic character, which is imperative as we need to fear and sympathise with Kuklinski in equal measure. 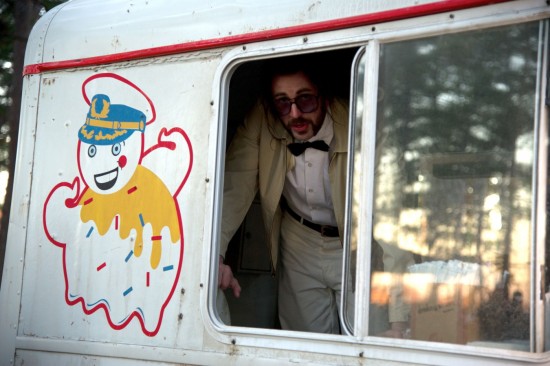 There is an issue, however, with the crafting of the character itself, and as strong as our lead performance is, by the time the credits roll, we still don’t feel as though we know Kuklinski particularly well. This effectively puts us in the same shoes as his wife Deborah, unable to comprehend him, or to genuinely understand his motivation. We do touch upon his childhood and relationship with his brother (Stephen Dorff), yet we merely scratch the surface, and rarely get to the bottom of these issues, perhaps proving that tackling such a convoluted character over his entire lifespan is too ambitious a task for Vromen. In a sense, this tale may have actually been of more benefit had it been told from the perspective of Deborah instead.

The Iceman struggles in that Vromen doesn’t quite know what his film is hoping to be: half mob flick, half family drama, falling carelessly between the two. In a sense this is reflective of Kuklinski’s life itself, yet the film does lack direction as a result. Although feeling like a picture we’ve seen countless times before, there remains plenty to be admired about The Iceman, with enough in here to suggest that a bright future in Hollywood beckons for our budding director Vromen. STEFAN PAPE.

THE ICEMAN IS ON GENERAL RELEASE FROM 7TH JUNE 2013