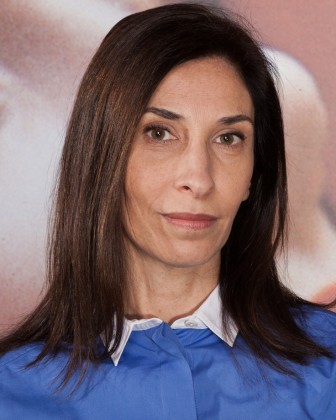 Why did you choose to make Paris-Manhattan as your first feature film?

I think it was perfect for a first movie, because a first movie is something that is very special, because you don’t know [yet] if you are a Director… it is something non-real and I was… I am very in love with old movies and some Directors, so… I didn’t know if I could be a Director myself.

So… in this first movie, I give you all my references and all the movies I love and then, by the end of (making) the movie, I will have become a Director.

Yes, but after this Short, I gave up directing; it was terrible, a terrible experience and after making it, I said directing is not for me. I am not gifted enough. I was very unconfident and each time I went to see a film directed by someone of my own age, I was always ‘wow, they are so talented…’

I was very complex and I think that is why -when I was writing this movie this thought was not very clear to me- but now, looking back, I realised that I needed the approval of Woody Allen. It’s something weird but it was like, ‘ok, if Woody Allen says no… no I can’t make films, then, ok.

So you are saying, you ask Woody Allen and -if he gives his approval- then that gives you permission and you accept you are a Director…

When you put this film together, in terms of finance, which way round did it go, did you have to get Woody Allen aboard first?

It’s strange, this finance, because the first thing was to get the approval of Mr Allen. But it was the standard way of making a film… I had to find a Producer… that didn’t work… so then I had to find another one. It was very, very difficult.

But then, when Woody came aboard, it wasn’t ‘the answer’, as far as they were concerned. They were like,‘Well it’s just a cameo. Woody Allen is an intellectual’. It wasn’t like ‘Oh Woody Allen! Well, we can get Massive, huge audiences, then’ it was ‘Yes… Woody Allen, ok… then it is (a film) for just a few people; he will reduce the potential audience’(!). So it was… not so good for the financing! [laughs]

I wondered if it was a case of ‘well, if Woody comes aboard, then you get the financing’, but it wasn’t like that at all.

No, no, the money came aboard thanks to my Producer.

Did you approach your Producer after you had finished the script, or during the writing?

I finished the script, then got the approval of Woody Allen, then they loved the script. They also love Woody Allen. They are wonderful Producers- because they love film; they weren’t in it simply to make loads of money. They read it, came aboard and said ‘Ok, now we are fighting to make the movie’.

Ok, so… you felt it was a very individual project that needed very specific producers to make it happen.

So, safe to say, you are a Woody Allen fan. How autobiographical is the film?

Yes, I am of course… It’s not autobiographical; it’s personal. It’s very personal because I think, it was… for me… In Alice, there is alot of me, but I don’t have a sister, there are alot of things here that are not me, that I invented.

But the way that it is very personal, is in the way that she needs to leave her childhood and has to accept- to be herself, even if she doesn’t have… or isn’t what she expects to be -in life.

And for me, it is very personal, because before (making the film), because in the past I was simply dreaming of being a Great Director, but didn’t do anything about it. And now I am an adult and, with this movie I accepted to do my best, to work alot; to try personally to improve, as I make each movie.

But I accept I am not Woody Allen… or somewhere else, like, sitting on a beach… I accept this. And Alice in the movie makes the same decision, she accepts not to have a wonderful, charming prince; that happiness is to accept your own reality.

So when you made the film, was there anything that surprised you with the finished film, away from how you pictured it when you wrote it?

Yes. For instance, I was not expecting the end of the movie. The last ten minutes, it was like it wasn’t mine. 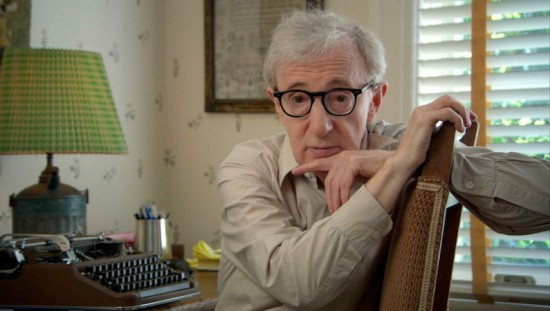 Even though you wrote it…

But when I see all the things I don’t like, it’s my movie! [laughs]

Because when you watch your own movie, having made it, all you do is watch the movie in your head of your movie being made…

How long did it take you to write?

I write alot… so it wasn’t hard to write. I did ten drafts, and each rewrite took only about three weeks. Speaking to my producer for notes. After I rewrote it, my movie, it was one life, it was Alice, but I wanted to highlight some different aspects of her life… but, having said all this, it was six years [from start to finish] and you know [by the end], you are not the same person you were six years ago.

Did you have a cast in mind when you wrote it?

No. Only at the end.

And were you happy with your cast?

Patrick Bruel its something like… like a dream… I was dreaming to have Woody Allen and… when I was around 18, or 20 years old, I loved Patrick, so it was like something synchronous, so when I was looking I said I know exactly who I want for this role, it is Patrick Bruel.

So he was the one person you had in mind before…?

For Alice, it was different; I was searching for her… I wrote the part, but not with an actor in my head. I don’t write with actors in mind.

I knew I was looking for someone blonde… for the light, I wanted….

Yes, fair, I was looking for someone fair and when I saw an Alice Taglioni movie, I was laughing because she is a comedy actress. She gets a rhythm like a tomboy. She has a very light touch, but also she plays comedy seriously. So for me it was perfect and Alice and Patrick, they fitted together perfectly.

And then there was no… adjustments you needed to make to the script?

Oh yes, there were many. They are both Very experienced and they would say ‘this is not good’ and I would go ‘ok’ and go with their suggestions.

Some spontaneity from the performers?

I was not stressed, so we worked just to find the best thing. And Patrick gets alot of energy; is very playful and has alot of ideas. I loved to work with them and they worked with me and they wanted to make the best movie I had in my head.

How long was your shoot?

Seven weeks. I think I wanted one week more. Because the movie is short and I wanted more. For me, I would have liked ten more minutes to develop more ideas, but the movie, it was good, but the script… Alot of what I wrote ended on the cutting room floor. Well, for my next script I am going to work more… seven weeks [as a shoot length] would be perfect if the script was perfect and it wasn’t perfect on this shoot.

What’s next for you?

I am writing two scripts at the moment, but I don’t know really… one is a comedy, which I love writing, but there is another script which is big. It is an adaptation of a novel and after the holidays, I am going to meet the author, but it is a big movie and I am not very confident [in myself]. I am scared because it is a big movie.

Cubby Broccoli said that all filmmakers are optimistic by nature. They have to be, with everything that can go wrong from beginning to end, making a movie…

I am an optimist and I have faith. So I believe that life is going to choose also, for me. You know, I work and after, there are things that happen that one cannot explain, so…